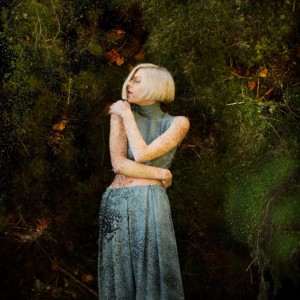 I’ve said it many times before. When you want pop done right, you go to Scandinavia! This time, we have a 19 year old songstress out of Norway by the name of Aurora who is ready to shine brighter than the natural phenomenon bearing her name.

Earlier this year, Aurora dropped her debut EP entitled Running with the Wolves to great critical reception. Since then, the world has been taking notice of the beautifully crafted vocals coming straight from this Scandinavian talent, including synth pop trio Prides.

It’s easy to be very critical of remixes as some may not do the original song justice, but today that’s just not the case. When Prides took on the challenge of transforming an already beautiful pop gem, “Running with the Wolves”, they took it to the next level. It is a haunting yet airy track that covers the theme of following the animal instinct inside of you.

Now, when Prides got hold of the track, the added synth brought another dimension. The dark, creepy atmosphere got taken to a whimsical level. It eliminated that dark overtone and made it feel like a friendly connection to the animal that lives inside. On a musical level, the song is no longer limited to the confines of standard radio. You now have this new discotheque feel that fits perfectly. Think about it, if you’re connecting to your animal instincts, what is the most common way to let the animal inside out? Dance.

So, what are you waiting for? Join the wolves tonight and free the animal inside you with this remix of “Running with the Wolves”.

Written By
Serena Butler
More from Serena Butler
When Tuesdays usually come around, many of us get excited. We here...
Read More