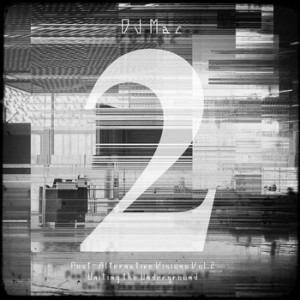 In the old days, the term “indie” was used to differentiate between artists who were on a major record label and those that weren’t.  Somewhere along the line, “indie” became a genre and today we can find the term used to describe any act not possessing a cookiecutter top 40 sound.  It’s not something I’m comfortable with but I’ll spare you my multi-paragraph rant.

Around these parts, “indie” is about creating on your own terms. It’s your art, your way and DJ Mac is on the same wavelength.  When he’s not spinning post-punk & alternative tunes on his weekly radio programs on woodyradio.com, DJ Mac creates compilations showcasing what “indie” is all about.  In November 2013, he released Post-Alternative Visions, Volume 1 showcasing 15 indie artists paying homage to alternative music genres of the past.  A year later, he’s followed that up with another gem entitled Post-Alternative Visions, Volume 2: Uniting the Underground unmasking a group of driven indie artists who simply came together to produce something dynamic and new.

The compilation is a diverse one and the energy of each track flows effortlessly into the next which is a difficult task with 21 tracks from 21 artists. I spied a few Fourculture friends featured in this mix (Hilliat Fields, Sanchez 77, Attasalina and The Secret Post) and I quickly became familiar with some other great acts such as Preacherz of the Savage Truth and Former Humans.  Give it a listen and get acquainted with these groundbreaking folks. Post-punk, shoegaze, rock — there really is something for everyone in this compilation and you need to get these tunes in rotation.  Post-Alternative Visions, Volume 2: Uniting the Underground is available via Bandcamp.