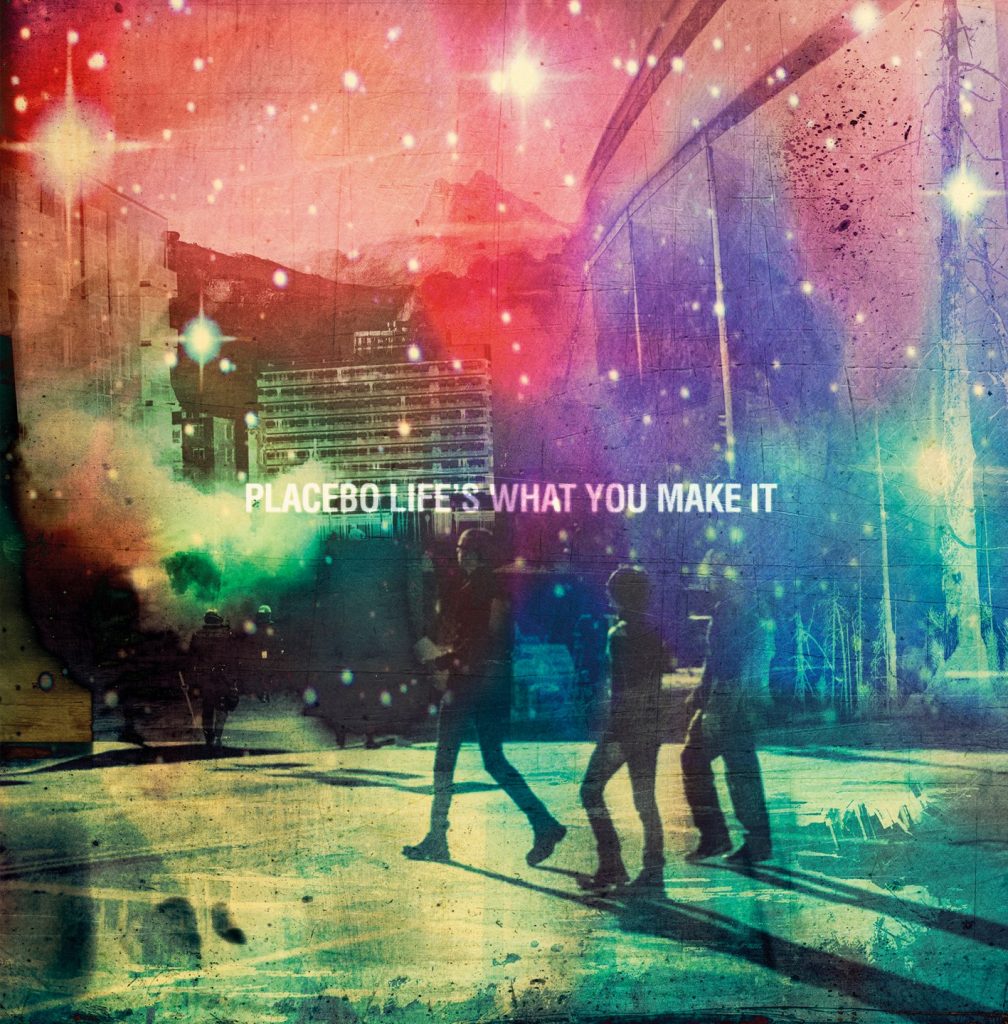 Extreme reinventions usually don’t translate well with fans, but being mercurial to a certain extent has proven to be a contributing factor in a band’s longevity. Especially in the 2016 musical climate where it’s easier for new artists to reach out to their perfect niche of fans than ever, established musicians have found that it’s essential to remain current without alienating the die-hards that have clung on since the very beginning.

Musical evolution is a tricky formula to master. Simply releasing the same album every few years with a few tweaks doesn’t necessarily inspire devotion. All these reasons and more are why Placebo‘s new EP – Life’s What You Make It, coinciding with a deluxe 20th anniversary box set entitled A Place For Us To Dream is an excellent move in retaining the band’s original fanbase while subtly moving in a new direction.

In existence since 1996, Placebo has inspired a lot of Teenage Angst. In fact, that’s a track included in the retrospective collection. 90s goths and britpop aficionados alike have been drawn to the band’s subversive lyrical themes and the evocative vocals of frontman Brian Molko. Every tonal shift since their inception has been a step toward modernity, but there’s always been a moody dark undercurrent in the mix. Maybe a certain segment of the audience has gotten used to a certain emotional recipe as part of the band’s signature offering, but Placebo are anything but formulaic.

When their newest single “Jesus’ Son” was released on September 1st, it surprised long-term fans with its optimism and open-ended hints at spirituality. Of course I was one of those listeners that immediately ties Placebo’s name to darker themes. I wondered at first if the song’s title might be a reference to Denis Johnson’s novel about the misadventures of a hopeless addict and the film adaptation of the same name, but the single’s tone and ambiguous message seem to rise above such morose associations.

The video, filmed on location in Sardinia, lends a surreal narrative to the track’s almost anthemic nature. Paying a nod to the carnival traditions of the island, the imagery of ceremonial masks and costumes draws the viewer into the beauty and intrigue of the unfamiliar. Some fan comments on YouTube were resolute and demanded “something darker”, but I think it’s a good compromise of thematic evolution married with the more artistic elements the band is known for. The polished sound of the single sets a precedent for the rest of the EP, resulting in a small collection of tracks that elevate Molko’s vocals along with a production style that’s directly in the band’s wheelhouse.

The title track is a cover of a 1986 Talk Talk song that is as distinctively 80s as it gets, yet the Placebo version modernizes it rather impressively. There is a cohesiveness that binds these songs together, and none of the tracks feel particularly out of place. The singular drawback seems to be a lack of lyrical complexity and an edge toward more simplistic songwriting, but one could view these as creative decisions that impact the material’s greater tonal shift from dwelling in the realm of negativity toward a more positive outlook. It still maintains key elements of mood like the lower-tempo “Autoluminescent” and the closing track “Song #6”, but the overall impact has drifted in a new and interesting direction.

Die-hards should embrace these small but interesting changes. The band is still celebrating its impressive catalog with the simultaneous box set release featuring a comprehensive selection far more in-depth than the usual off-the-cuff greatest hits record. Placebo’s dedication to continuity is impressive, and as always the future seems bright.

Check out our interview with Placebo here.

Written By
Josh Valley
More from Josh Valley
I just got home from a documentary that made my head...
Read More