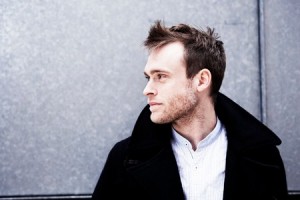 The singles game has been good to Penguin Prison over the past several months, and the solo funk-pop project from singer/producer/remixer Chris Glover continues to impress with “Never Gets Old,” the follow up release to “Calling Out.” The track doesn't waste any time in getting to the point — appealing to both the overly hip Silverlake/Williamsburg crowds as well as your average Top on this web 40 junkie.

“Never Gets Old” will be featured on Penguin Prison's forthcoming album due out later this year on Downtown Records, and its release couldn't come any sooner. The album will likely be 2015's summer anthem, although with Penguin Prison — summer seems to last 365 days. We're cool with that.

Written By
Nate Sirotta
More from Nate Sirotta
Before I saw Great Good Fine OK open for Betty Who and...
Read More