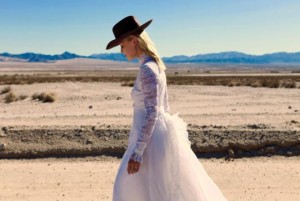 Having released 4 solo albums and 4 EP’s as well as contributing to several movie soundtracks including A Mighty Heart, Code 46, New Town Killers, The Journey and Hattie Dalton’s Third Star starring Benedict Cumberbatch; she has also collaborated with, among others, David Holmes, David Arnold, Leo Abrahams and The John Spencer Blues Explosion.

Now dividing her time between London and California, Patti is in the final stages of recording her debut long player as the Patti Yang Group with Jagz Kooner, Matty Skylab and Chris Rotter. Her pedigree is clear for all to see (and hear).

Her new album is slated for release on her own Godmama label in April next year and she has been teasing us with some sublime single releases over the last few months. The latest is “Invisible Tears”, a propulsive, glittering, synth-washed progressive track about the feelings of disconnection and isolation amongst the white-noise of daily living. Her voice is low and understated floating above the bubbling music bed of driving beats, deep-end arpeggiated synths and distorted guitars.

Drawing from the trip-hop, electronic and post-punk scenes of the 80’s and 90’s, she deftly re-models and re-purposes their icily-cool posturing and detached observations into something that is very contemporary, very 21st century.

Her brand of synth-lead electro-pop draws parallels with thriving Scandinavian pop artists such as GusGus, Bjork, Nikki and the Dove, Robyn and Icona Pop, with clear influences from acts such as Hurts and Florence and the Machine.

2016 will be the year the Patti Yang Group lands and the musical landscape is there for her to conquer and colonise. I expect big things. So should you.

Invisible Tears is out December 11th.

Patti Yang on the web

Written By
Mike Stanton
More from Mike Stanton
Impulse Array brings us this month’s mix and he has infused it...
Read More