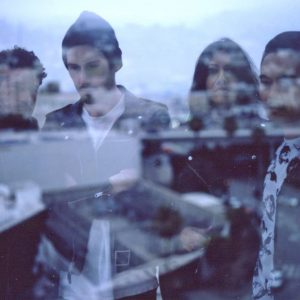 Traditionally, Parade of Lights’ music begs to be played in the car — loudly, with the windows down, preferably on a highway with the wind in your hair, and on repeat. Their latest track is no different.  The Los Angeles quartet of Ryan Daly (lead vocals/guitar), Anthony Improgo (drums), Randy Schulte (bass/backing vocals), and Michelle Ashley (keys/backing vocals) has just released another fist-pumping anthem called “Tidal Waves”.  In usual Parade of Lights style, the track is a polished one with a big, layered sound and a contagious chorus.  Give it a listen below. “Tidal Waves” will appear on the band’s forthcoming album later this year.  Follow Parade of Lights on Facebook and Twitter for what’s to come.