Many of the artists we showcase on fourculture involve themselves in endeavors other than their own musical talents. For one DC based artist, Outputmessage (also known as Bernard Farley), there is only one message… that is music. The singer, producer, DJ and member of Volta Bureau (“Alley Cat”) has been churning out tunes since 2003. 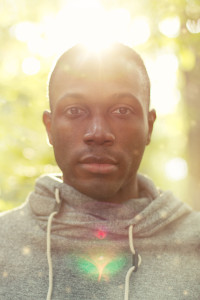 In 2006, Farley dropped his first album Nebulae, which was a set of instrumental songs full of catchy synths and melodies. After the release of Nebulae, he worked on that beautiful baritone voice of his and dropped an album full of vocal tracks by the name of Autonomous. After that he ventured into a bit of a funky edge with his EP, Game Over, and most recently dropped his futuristic R&B flavored EP entitled Quantum Love. While working on his next album of “space music” Outputmessage is giving us a little sample of his over the top versatility with a new remix EP entitled Look at All the Possibilities, released on August 6th. The EP is a revisit to his Quantum Love EP in which he adds a dance flavor to a slower pace of songs, a complete reinvention of his own self. Not only has he put out his own music, he’s known to remix some of our favorite bands and musicians here at Fourculture as well! It’s a proven fact that Outputmessage can put out any form of music and make it work.

For this EP you’re greeted with a heart pounding mix of new and old Outputmessage in what he has called a bridging of Quantum Love and the “Space Music” of the next album. This indeed makes us very
excited. In the EP he revisits the track “Heisenberg” and puts his “Magic Spell” mix on it. 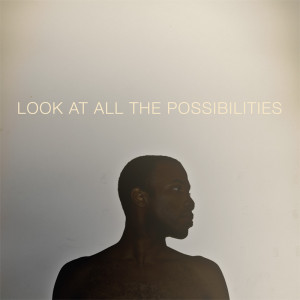 The song has this essence of late 70s/80s influenced dance with the playing of a glass bottle sample. Then with a synth build up you’re getting a futuristic edge met with later 80s alternative vocals. It’s like hopping in a vortex that brings you back and forth from the 70s/80s/imaginative 2100s music scenes in one song. Time travel not your thing? Well he not only visits Quantum Love, but also one of his earlier tracks entitled “Game Over” adding a little Vocal Dub to it. For those who are not too privy on the remix terms like “vocal dub” in simple it’s a layering of the vocals (thus doubling the vocals (hence “dub”)) and or changing the sequencing of the vocals. This time around, you have a song that has not lost its roots with its modern day twist on the 8-bit sound, but with the doubling of the vocals you have this secondary
beat that you can throw your hands up and rock out to.

As always, we don’t want to give too much away. You’re going to have to check out Look at all the Possibilities for yourself. It’s not a possibility that Outputmessage has something for everyone… it’s a fact that he does.