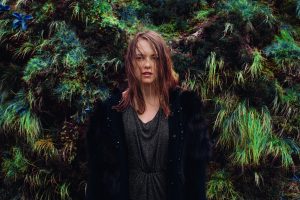 An artist in search of inspiration will often retreat to the cabin in the countryside.

In the case of Berlin-based O-SHiN, her temporary remote Swedish surroundings gave her the creativity to get this musical project started but it also shaped the sound with appropriately pastoral and natural elements found within the songs on her I / ∞ EP…

Her vocals are up-close-and-personal, as if sang from the next room, yet the music is a breathtaking panorama of swirling synths and a range of samples that channels the local scenery of forests, rivers and landscapes.

‘It was a big adventure for everyone involved’ she says of the experience staying there with several musician friends. “‘The location was dreamlike and had so much more to give than expected – like the collection of crazy instruments I’ve never used before. The lake, the campfire, the calmness in nature and making music. There’s nothing more beautiful to me then recording music like that.’

EP opener “A Lie” best highlights the contrasts, her vocal is intimate sat beside a crackling fire while the music is momentous, like a soundtrack to a trip on a rural Trans-Europe Express.

You may have already heard the single “Aimless”, probably the most accessible song on the EP.  If not, you get to hear “Nameless” first here which is essentially a version of the single but with less sheen, having an almost murkier underwater filter.  It stands up for itself though, so much so that the inclusion of the single at the end almost feels unnecessary, like one of those remastered versions of albums that include the singles or extras as bonus tracks.

There’s a captivating live performance of “Aimless” which showcases her organic sound.  The line ‘Don’t let me go nameless / don’t let me die aimless’ is at the heart of it and O-SHiN explains that it is one of the most honest songs she has written.  ‘I found myself caught up in the thought of how many people have walked on this earth and are totally forgotten,’ she says.  ‘Only a few famous names will be remembered but the majority are completely gone.’

The EP calls to mind the endless possibilities when face to face with a remote environment.  The calmness in contemplation away from the bustle of real life emphasising both the simplistic beauty and the chaos of nature.   On a lyrical level her music is about accepting death, which goes hand in hand with appreciating life and using the time we have. 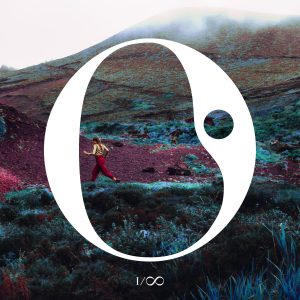 Of the other songs on show here, “A Revelation” has a wonderfully spliced synth line acting as rhythm over a chilled minimal beat.  It threatens to become poppy but it holds back on the lush cinematic direction that it threatens to go to and instead remains welcomingly offbeat and unpredictable.  “Walking Water” is about taking risks with exotic sounds complementing her vocals which recall the likes of Grimes or Poliça.

O-SHiN has created a release that captures a specific time and place and we should be grateful that we are allowed to be a part of it.  There is enough freshness to reward further listens and will gain fans who like their pop either alternative or (ironically given its rural emphasis…) urban.

Written By
Paul Davies
More from Paul Davies
1978 – seemingly a year of endless creativity and possibility with so...
Read More