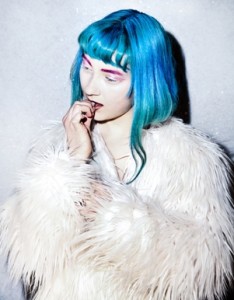 If you happened to catch the stilted atmospheric electronica from her Down Under EP with Moglii recently, then you’ll be pleased to know that 19-year old Novaa has quickly given us the first taste of her next move.

Nine track release, Stolen Peaches will be out in September and this first single, “Rose” certainly whets the appetite.  Novaa’s voice is sleepy but snug, a drawl that drifts in between soft synth cinematics.  It still has hints of those chaotic electronic textures from earlier recordings but this is more downtempo, more Lapsley than Grimes.