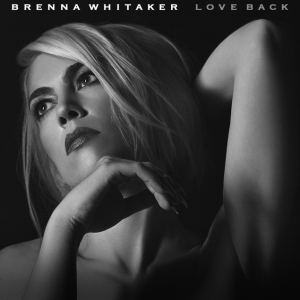 Kansas-born soul/pop singer Brenna Whitaker graced us with a lovely new self-titled album in 2015, and now she has returned with a beautiful new official music video for her single “Love Back.” Drawing comparisons to artists like Jess Glynne, Adele, and Amy Winehouse, Whitaker has thoroughly impressed her contemporaries with her incredible voice and undeniable charm. She’s a Midwest girl living in the City of Angels – and might just be the best thing that ever happened to Los Angeles.

After landing her first professional theater gig at age 11, moving to New York City on her own to study with Broadway veterans at age 17, and spending her early 20s leading jazz bands back home in Missouri, Whitaker headed to LA and started setting up a series of residencies that eventually attracted fans like Stevie Wonder, Quincy Jones, and Michael Bublé and caught the attention of Verve Music Group chairman and 16-time Grammy Award-winner David Foster. The first new artist Foster has agreed to develop and produce since discovering Bublé, Whitaker is now set to release her debut album for Verve that finds her reviving a vast American jukebox of classic songs and revealing the full force of her stunning, soulful voice.

Check out the official music video for “Love Back” below, and enjoy the soul-infused vibes.