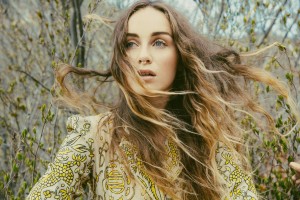 The quality in both production and video is evident within seconds and once we hear the effortless pop vocal of Zella Day you can see why she is tipped for big things in 2015.

Mirroring the desert backdrop of the video, “Hypnotic” features spaghetti-western guitar over modern beats.  The song builds nicely but on first impression the chorus seems to be quite basic.  Second time around there are no complaints though and it cleverly hints on several well-known pop melodies without directly copying them.  As a result there’s an air of familiarity which makes it easier to get under your skin.

It’s a straightforward enough pop song but alongside the more in-your-face sounds of previous release “Sweet Ophelia” suggests that her debut album, Kicker will be one to look out for in June.