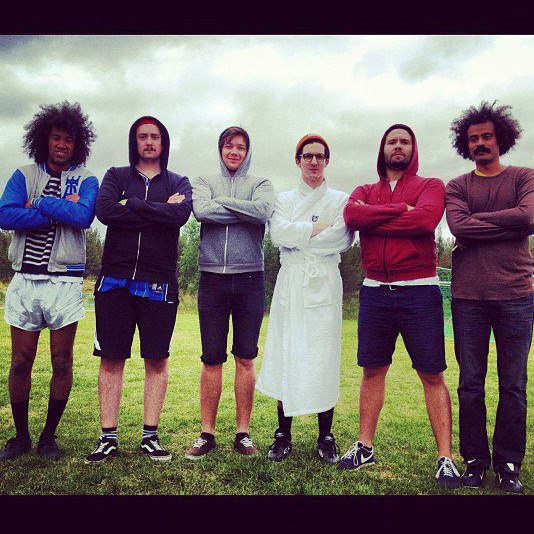 An Emergency Alert has just been put out for the Sith Empire as a band of Jedi  have entered the system, making sound waves and showing that they have the power of the force behind them. This band of warriors go by the name EYE EMMA JEDI. They come to us from Oslo, Norway and they aren’t to be messed around with.  After training for one hundred days in isolation in the land of Spain (and by training we mean writing, recording, and producing their debut album) they are ready to emerge from Padawan status to full-fledged Jedi with their lead single entitled “Places.”

EYE EMMA JEDI have already been gaining attention in Europe with over 50 weeks of airplay under their belt on Norway’s biggest radio station, NRK P3, and frequent rotation on other stations. Along with frequent airplay, the guys of Eye Emma Jedi have already played over fifty gigs across the European continent. Now these guys are ready to bring their special galactic indie rock to the world.

When putting on the track, you’re instantly hit with the ”feel good hit of the summer” vibe. The song opens up with a playful guitar melody that brings you instantly to a party on the beach straight out of Blue Hawaii (Elvis Presley movie, young Padawan).  If partying isn’t your thing (well, that’s just sad), the vocals hold power that really relax the high energy melodies and mold it into a great song to just chill out to with a couple of drinks by the campfire.  It’s a rare feat when you have a song that can capture emotions from each end of a party spectrum, from beginning to climax to end.  “Places” is clearly a true hit and a song that the college radio stations of the world need to grab a hold of, and fast!   If the song is any little sample of what is to come from the guys of EYE EMMA JEDI, their album and popularity are going to blow up quicker than the Death Star.

Without a doubt, these guys are truly going places.

If you like what you hear from EYE EMMA JEDI, you can get “Places” on iTunes and visit them at their website:  www.eyeemmajedi.com