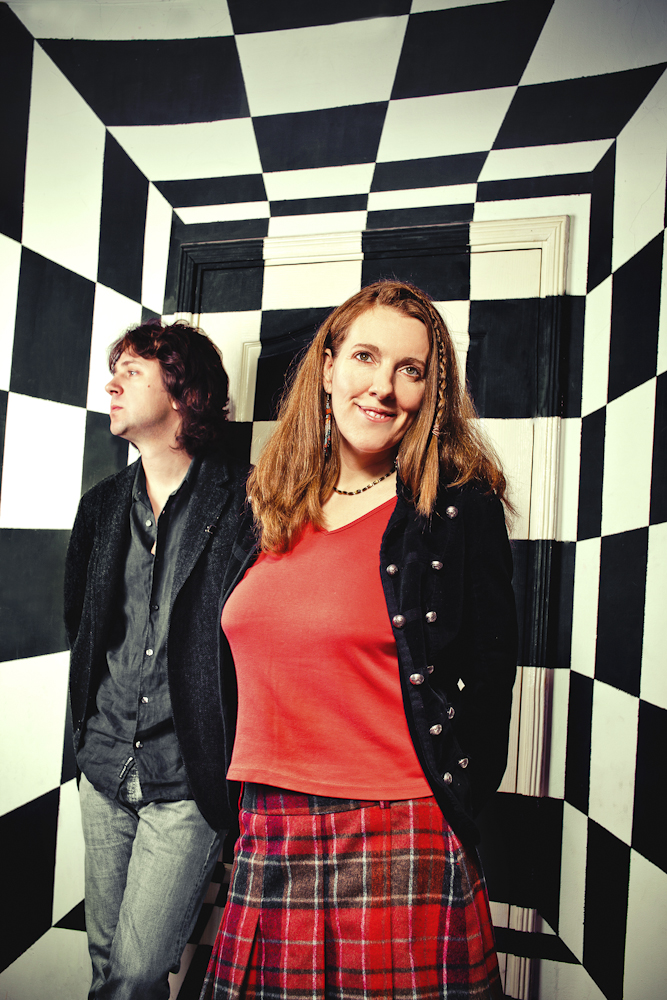 Canadian/Ukrainian Duo Alexander Kretov and Shauna McLarnon better known as Ummagma, release a unique and ambitious album. Lama is no ordinary album or collection of songs one would expect from any artist. In fact it’s quite different in the fact that it is just one song, but don’t let that confuse you.

The Lama LP is 10 tracks featuring remixes of Ummagma’s original track “Lama” from a collection of producers, musicians and artists from Italy, Sweden, Germany, Brazil and Russia. Alex & Shauna in their original version have produced a track which is not only fantastic in many different ways but one, which on its own, stands as a testament to their joint song writing expertise and talents.

It’s a very subtle and delicate work with an almost childlike vocal which gently floats over the guitars leaving you singing along before it’s even half way done. Just a couple of listens and you’ll have it stuck in your head.

In a relatively short period of time Ummagma have carved themselves a niche and continue to make their way into people’s music collections and independent charts by doing nothing more than creating solid songs and networking – hard!  Ummagma is never scared to drift between genres or to experiment with what the song needs – or doesn’t need. Fans and followers of this duo well know not to expect or anticipate anything from the next release from Alex and Shauna as it could be anything – but it will be Ummagma.

Handing over your music to others to freely experiment, change and rearrange is not an easy thing to do as more often than not musicians are so close to their music that it’s hard to let go. But no strangers to remixes, Ummagma have gone that extra leap further and allowed various producers to dismantle the track and rework it in various styles and then release the entire crop in an LP.

Has it been a success? Undoubtedly yes! The spirit and heart of the song has been faithfully retained in each mix whilst allowing each version to attain a different goal. From the Alexander Robotnick Mix (Italy) which leaves a rather pleasant Bjorkesque taste in mouth through to Sounds of Sputnik Mix (Russia) which sees him take his Mary Chain/Slowdive influences to produce a “Lama” remix which strays from what he usually produces to merge into an almost post-punk / nu disco version.

Along with remixes from the others, Ummagma fans will have to take a step back a little to understand fully what has taken place here. A clever piece of marketing in order to enter a single song into multiple genres slots (the cynic might question)? Not at all – anyone who knows Ummagma will know that it’s always about the music and to fully understand what they have done with this release is to know better who Ummagma are. Collaborative music lovers who indulge in music, the music industry and strongly influence the music making of others in many ways.

If there is any marketing exercise going on here it’s the promotion of the work of others in a showcase of global talents illustrated through the work of one track – “Lama” .