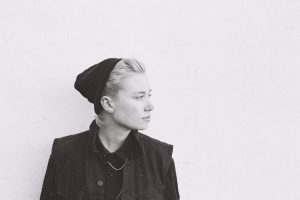 UK singer-songwriter Annabel Allum has just released her second EP titled All That For What.  Note that the title has no question mark. [Not a note to myself]. She is not asking for your opinion but rather already knows the answer.

These songs are passionate, vibrant, self-assured and defiant. If you want a little controlled, succinct, earnest and heartfelt aural application in your life then look no further. The EP clocks in at under 15 minutes and consists of four tracks, the first two of which have been released as singles. The tracks are as follows:

This is a wonderful EP and has made me very excited about future releases. Anything that reminds me of Courtney Barnett, PJ Harvey and She Keeps Bees within three songs is always going to be a winner in my book. ‘Success is the only thing I’ve got to make, without it I know I will break’ Annabel sings on “Spit” and with any luck, this is a huge step in keeping her whole. Check this out NOW!

All That For What is out now.

Written By
Mark Simpson
More from Mark Simpson
Leah Senior is a Melbourne-based singer songwriter from Australia. She has recently...
Read More