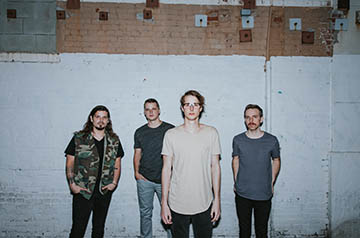 Portland has become quite the hotbed of quality pop music. My Brothers and I are no exception, and they’ve come out swinging this spring with their “When You’re Ready” official music video. The song had already seen ample streaming success on Spotify since its audio release in late 2017, and word on the street is that the full EP is just as excellent. The vocal prowess of vocalist David Wurgler is unparalleled – this guy is sure to be an absolute star.

“’When You’re Ready’ is a song about your perfect match in a person,” says Wurgler on the band’s single, which has been streamed on Spotify over 300,000 times. “Someone you have been friends with, but they just can’t seem to catch on to the fact that y’all have chemistry for a deeper relationship. So it’s just like a love letter to them, letting them know you’re not in a rush, but you’re here when they are ready to be involved in something real.”

Keep your eyes peeled for more new music from this quartet of brothers (plus one childhood friend, but…same difference). Fans of Justin Timberlake will certainly be getting their fix.