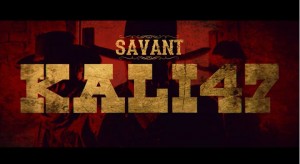 As of late, the music video has become a dying art form. The same ol’ clichéd themes with absolutely no outlet to display the video *cough* …talking to you, MTV. Today, I was taken for a trip I never expected. Having seen thousands upon thousands of music videos, I’ve lost quite a bit of hope in seeing something that would blow my mind. My hope is now restored thanks to what could easily be named a cinematic masterpiece.

From Oslo, Norway, Aleksander Vinter aka SAVANT was not given that name by choice. It was more of a description as SAVANT has Asperger’s Syndrome. With production and in performance it is a gift of extraordinary musical skills. He has created over 10,000 songs from Classical to Black Metal, Dubstep and everything in between.

Since debuting in 2011, SAVANT has been dominating the Beatport and Bandcamp charts. Now ready to take on the world with latest track “Kali 47” peaking at #2 on the iTunes dance charts, he has unleashed his accompanying music video which is bound to take him into the stratosphere and beyond.

The video, years in the making, can easily br compared to a Robert Rodriguez film…the Steampunk meets horror video blurs the lines between video and cinema. Taking place in a gritty saloon, all hell breaks loose when some brazen skull-faced outlaws barge in and begin to fight the patrons with revolvers in a classic western style showdown. With every cut, zoom, and fast camera movement, you’re sucked into the fight like it’s happening right in front of you. Even the CGI is completely flawless! The EDM lays this immersive layer to the video that brings a sense of fear and anger to the fight scene. My favorite part is when the scene cuts to the natives and one warrior comes to the rescue with ax in hand. You’ll have to see what happens next! The only downside to the video is that it hasn’t been played to me on a big screen. There is no reason why I couldn’t see SAVANT laying down a score to a Grindhouse style film led by Mike Diva (director of the video).

This is one of the greatest music videos you’ve never seen. MTV, you’re missing out.