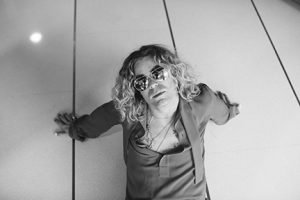 It is never a dull moment with LA-based rapper Mod Sun. He tends to keep his fans on their toes at all times, and this is no exception. The 28-year old has unveiled his new single “Two” – the latest track to be featured on his forthcoming album, apparently due out in March via Rostrum Records. The track was produced by the legendary Mike Dupree, who you may know from his work on Tech N9ne, Snoop, and a handful of other notable artists.

Mass Appeal noted, “It sounds like Mod has been scheming on the low and is now ready to share his master plan with the world.” We can only hope this is true. Give “Two” a listen and become ready to party…immediately.

Written By
Alex Rago
More from Alex Rago
Sophia Bromberg may be a name you’re quickly becoming familiar with. She...
Read More