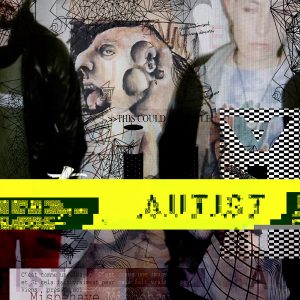 Starting from a feeling of discomfort, noise, and chaos, you’ll be able to also hear sensitivity and softness while listening to everything Autist (ex Aniaetleprogrammeur) want to tell you about in their new EP Misbehave. Mixing electropunk, dance music, psychedelic, chanson, and electronica in a unique way, topped up with sexy rebellious vocals, Autist succeeds in creating numerous interesting layers of sounds and meanings.

Get lost, hypnotized and energized. Question your surroundings, while one corner of your mouth smiles at the irony of this world, while the other corner smiles at the detailed, confusing and mysterious artwork of the cover. Don’t be afraid of quirky oddness, trust and join us to the band’s other side of the mirror.

Misbehave will be released by the Berlin-based label Springstoff on May 5 and you’ll be able to discover the new tracks live during A Partial Eclipse of the Heart at Berghain on the day before on May 4. The event, organized by the cultural platform Your Mom’s Agency, combines live music with some of the deepest and brightest current digital art featuring Rainbow Arabia live as well, a techno drone improv with 13 artists including Hito and Simonne Jones, plus Martin Eder, Carla Chan, Jamie Harley, Black Cracker and more on the art side.

Before the show, I had a few words with Gabriel and Julie from Autist. 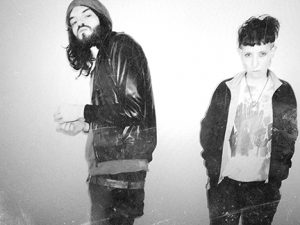 What have been your major inspirations for this EP?
The Misbehave EP comes as the second part of a diptych we started with CONSTANCE, our previous LP released last September. In both recordings, we connect the musical horizons and genres that inspire us: mixing electronic and acoustic instrumentations, noisy dance music, experimental chanson, and soundscapes. And the lyrics, in English and French, relate mostly to the lack or absence of attention.

What kind of sensation do you wish to create for your audience?
Writing songs and performing them live is an outlet for us. Our live performances are meant to be an intense physical and sensory experience, with a heavy wall of electronic sounds, abyssal vocals, lights and smoke that brings the audience somewhere far from the venue itself. Our music is like a painting, and every detail comes together to give birth to this image. The songs are always an invitation to a journey, with sounds, colors, and textures…like a musical diary or a cinematic soundscape hidden in the shape of a song.

Tell us about your writing process.
We work in several ways. Most of our songs are previously recorded and produced in a studio environment and considered as “finished” that way. Other songs are reused as raw material. They’re put together and recomposed in a loud and live environment in our rehearsal space. This process lets us experience a more physical aspect of our music.

The tracks on Misbehave are as daffy as tender, sensual, deep… Are you going to perform them at Berghain? Would you say they fit into the concept of shadow/light of the A Partial Eclipse Of The Heart event?
Misbehave and the other titles find their source in what you have just mentioned, and probably also in its opposite! We are going to play some of the new tracks at Berghain, if not all of them. Both the venue mindset and the event concept will fit perfectly to bring them alive.

Get updates from Autist here

Learn more about A Partial Eclipse of the <3 via #EclipseBerghain 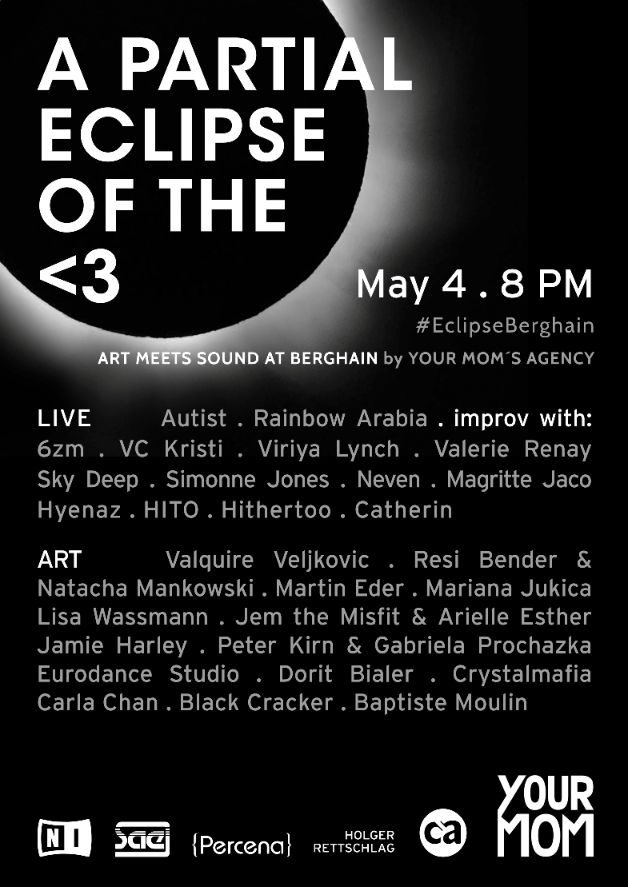