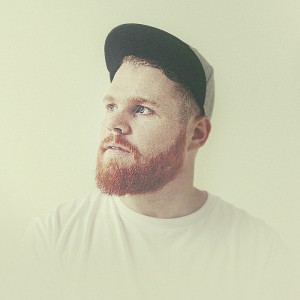 When the corporate world sucks you into its suffocating grasp it can hold back some of our creative impulses. When it comes to Adelaide born, Melbourne based singer-songwriter Mike Waters, it was a shock to his co-workers that he had been writing music secretly in his bedroom, really good music.

The very first demo Mike Waters showed people quickly raced to number one on Australia’s Triple J Unearthed website. Since then he has been writing material and playing gigs including a residency at The Espy, New Years on the Hill and The Hills Are Alive festivals, as well as supporting international artists such as Jay Brannan and playing sold out shows with Lewis Watson.

Recently he has dropped his first single off debut EP Life (due out May 8) entitled “Gambling Man.” The song covers the theme where we don’t really think before we act. Yet, when taking those chances in life we mustn’t think and should actually just act as we will never know if those risks are worth taking if we don’t gamble on it. The song is almost autobiographical as Mike Waters has stepped out of his ten-year career to now bring his music to the masses.

“Gambling Man” has a very alternative pop edge with a heavy acoustic guitar strumming melody and kiss of piano. When I got to the bridge it made me yearn to see him pull a 100% acoustic version of the song, just a good relaxed coffee shop setting, guitar and Mike right on stage. The song is chilled whilst keeping a deeper meaning about what it takes to take risks. There is a trend with acoustic pop dominating the radios and I feel that Mike Waters could certainly give the likes of Ed Sheeran a run for his money. There is no place in the corporate world for this kind of talent! Clearly, Mike Waters gambled against the corporate world and won with “Gambling Man.”

Mike Waters on The Web: