In our lives we’ve been greeted with our highest highs and lowest lows. For many of us, we allow that negative event to tear at our soul and affect our everyday life. Some turn that negative event into a bright and shiny positive moment. For Mike Mains and the Branches, that’s exactly what they did.  After the departure of their drummer, three friends divorcing due to adultery, all topped with the anxiety of a brand new marriage, Mike Mains was experiencing some of the most stress-inducing situations that the human mind could possibly comprehend.  Instead of turning his stress into negative emotions and actions, he would do the best thing for himself–get working on a new album. From the roots of those terrible moments would grow the latest album from the Lansing, Michigan based band Mike Mains and the Branches entitled Calm Down, Everything is Fine. 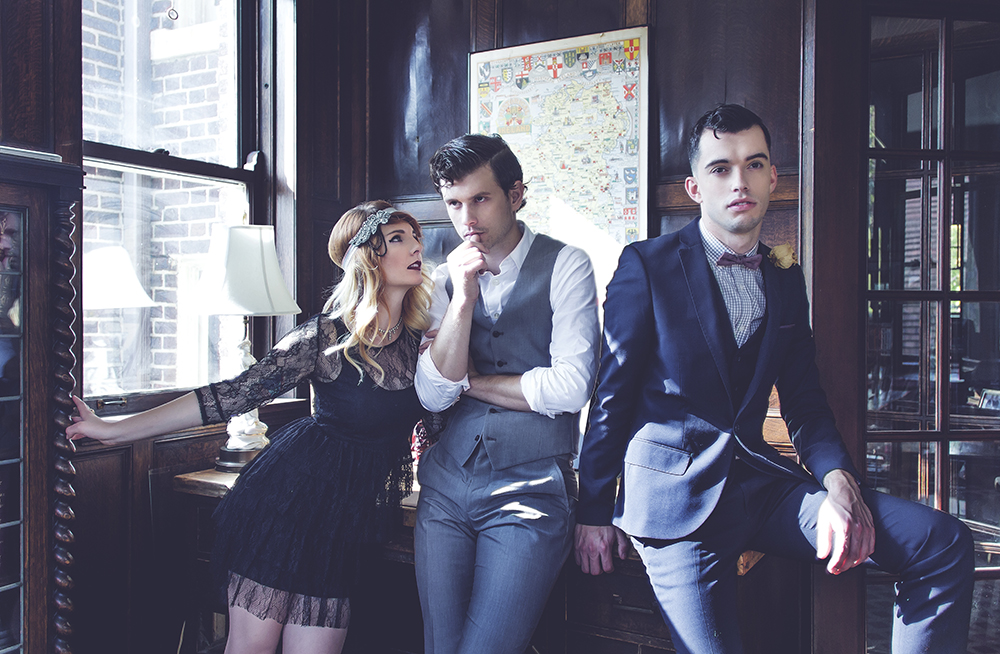 Before everything needed to be calmed down, on southern soil, the roots of the branches began to grow. From his Michigan home, Mike Mains would leave the state with all intention of abandoning music to relocate to Texas.  Yet in the middle of a hot Texas summer, Mike would find solace in then drummer David. The beginning of the Branches were formed.   With a newfound confidence in themselves, the Branches would move back to Michigan where they would meet a huge part of their sound, keyboardist Shannon Briggs (now Mrs. Mains).

Self-releasing their first album entitled Home (later re-released by Pop Platinum Records) in 2012 and picking up their bassist Nate Wethy along the way, Mike Mains and the Branches’ popularity would spread like a wildfire.

With the momentum from non-stop touring with many artists including Relient K, Hellogoodbye, William Beckett, and The Rocketboys at their feet, and a couple of successful EPs behind them, the groundwork for the new album Calm Down, Everything is Fine would be set.

The new album brings a gambit of emotions that brings you into straight into the shoes of Mike Mains. For every song there is a real life story behind its creation. Overall, it shows that the band, through the toughest of times, was able to create an album complete with positive thoughts and a chance to see life through Mike Mains’ eyes, starting with the second track (as there is an intro track) entitled “Everything’s Gonna Be Alright”.

With a warm opening of what sounds to be a ukulele entering into a very warm softer pop-rock sound, “Everything Is Gonna Be Alright” is an opening track that great albums are truly made of.  The song brings a soothing yet upbeat quality that is hard to describe unless you check it out yourself. When listening, be mindful to check out the chorus as it brings a positive message: “If we learn to look between the lines, I think if we open our eyes we’ll see the sunrise”.  It’s almost like they’re saying if you just look beyond the negative hill in front of you, the positivity and good is right on the other side.  This is the greatest song for those who are having a terrible day. Kick in the positive vibes!

Going straight to the story of his friends divorcing, you get the song “Where Love Dies”.   The song is a verbatim look into what a failed relationship looks like. “But I’ll take the credit card and keys from you though, I can’t float the bill for you to go and find your soul”— a very strong statement in the beginning showing that maybe that you don’t really want this person back. Later the lyric is followed up by “I’m spending time sittin’ at home alone, wishin’ you’d come back and I’d fix your broken bones”, like you feel you may have hurt someone prior to the split and you want to make things right.  For one of the slower tracks on the album, it amazes me how simplistic the guitar melody is throughout. It imitates a heartbeat bringing a symbolic life to the song.

Overall, the sound of the album is one that I found myself falling in love with instantly. This was the first time I even heard the band. With a sweet mellow sound met with heartfelt lyrics, Mike Mains and the Branches are going to be loved by anyone and everyone.  After listening to the album nonstop, I’ve found myself proving with this album that when life does hand you lemons, make that lemonade.

Calm Down, Everything is Fine is now available on iTunes.