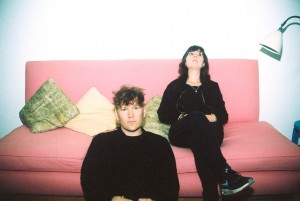 From the swirly opening synths to it’s building anthemic urgency, “Figure” is a great atmospheric pop song that ensnares you with its classic retro vibe.

It’s one of those songs that sounds like it should have been around forever, sounding familiar but not because it reeks of obvious influences or sounds like anyone else in particular.  It’s simple but effective, the gentle tones of singer Matthew Board are measured and colourful with hints of the urban (note the pronunciation of ‘unstoppable’)

The ‘Me’ in the duo is drummer Lucy Fawcett and the rhythm certainly drives the song into a pounding indie epic in it’s closing stages.

“Figure” is taken from a forthcoming EP and Matthew and Me will be doing a few autumn dates in the south of England to promote it.

Written By
Paul Davies
More from Paul Davies
Push (AT0011) by Vain Machine This was what the future was supposed...
Read More