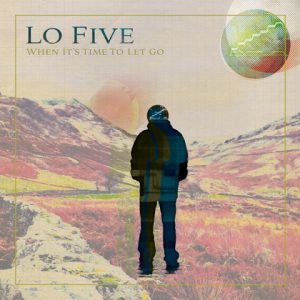 Electronic music is maturing. When it started out the genre was raw, spiky, uncomplicated and lacked a certain warmth. Emotion was often removed from the equation and the cold and often aloof electronic compositions of the early years, the 1950’s, 60’s and into the 70’s were for the avant-garde set, the experimenters, those that sought out the strange and the unusual. Artists and innovators such as Wendy Carlos, Delia Derbyshire, Daphne Oram, Klaus Schulze and Karlheinz Stockhausen created abstract and alien vistas with old pieces of military hardware and electronic components discarded after the Second World War.

In the forty or fifty years since, the genre has split, divided into sub-genres and grown, warped and evolved into the mass-sprawl musical form we know today. Diversity has become its strength and there are so many forms of electronic music contemporarily that it is near-impossible to keep pace with them all.

Brian Eno was creating deeply moving and affecting pieces of music back in the 70’s, music that came from a very human place, an emotional centre that was compelling and not afraid to play with sentiment.

In recent years the emergence of emotion, feel and empathetic realisation in the music being produced has moved the form on. You still get the stark electronic compositions that hearken back to the early years of experimental music, but with the phenomena of emo-wave, emo-tronica and the nostalgia-infused, organic, trip-hop ambient pieces being created by the likes of Boards of Canada and Tycho, electronic music has really discovered its emotional intelligence. 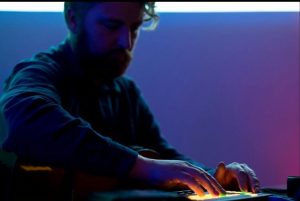 Neil Grant aka Lo Five is one of the electronic artists that fully embrace and understand the nuances of this new-breed of emotive electronic music. It is no coincidence that Neil is the organiser and leading inspiration for a series of nights that are put on in Liverpool to celebrate and embrace just this type of music; this form of tangible and tactile electronics. Emotion Wave is this night and every couple of months 81 Renshaw Street in Liverpool plays host to some of the most exciting and original electronic artists and producers to entrance a small, dedicated but growing number of people who seek out the more human side of electronic music.

Generic pop music can often be single-strand, songs about love, loss, alienation or unfettered joy, whereas electronic music has more scope for subtlety and nuance. The sheer range and palette of ideas and sounds gives scope for a deeper variance in moods and shades of emotion. Many tracks can last for 10, 20, 30 or more minutes enabling the listener to fully engage with the composition, to build a relationship with the both composer and track over that time. This cannot be achieved over the span of a three minute pop song which is disposable and transitory.

Electronic music, it can be argued, is the greatest emotional musical genre for this very reason.

Lo Five is an accomplished and instinctual purveyor of emotion-driven electronics. His debut album When It’s Time To Let Go, released this Friday (a Good Friday indeed!), is a thing of sonic beauty.

Packed with his trademark field recordings, samples and sweeping melodies it is fully-immersive and at times nostalgic and moving. There are definable influences sprinkled throughout; elements of Boards of Canada and Tycho are apparent in tracks like “Infantile Progenitor” and “Cadaver Trap”, with their pastoral elegance and winsome beats. Plaid is in the DNA of toy box samples and twinkling synth leads of “Interdependents”. “Mental Formations” is a swirling blend of ethereal voices and starlight melodies creating space and textures.

“Sabre Contusion” recalls early nineties William Orbit and wouldn’t be out of place in his instrumental compilations, Strange Cargo I, II and III. However, we truly enter darker territory with “A Pivotal Moment”, sounding like it’s straight from a John Carpenter movie with its slow-build moods and beatless ambience. Similar to Tangerine Dream at their introspective best, the melodies glide as if caught on the breeze of a decaying day, heralding the close embrace of night. All very (David) Lynchian.

Highlight for me is “I’d Like To Be”; opening with a slow-pulse drone and percussive trills, it’s a slow-build melodic trip of trademark musical box sounds and children’s toy samples. Ghostly voices echo throughout the dense and textured production, at times resembling a spectral lullaby. It is a track of two halves; starting out as an organically percussive and ambient piece it morphs into a more beat-driven melodic melancholia.

“Death to Innovation” in contrast to the title wears an air of optimism throughout its near four minute run. It is lo-fi, with muffled filters and an organic percussive beat combining with delayed piano lead. Perhaps this track more than any other seems to be tinged with a real sense of longing, of nostalgia, of a time gone-by. “Machinations of the World” embodies the album as a whole. Winsome, playful, plaintive and beautiful. There are so many moments like this throughout the album. So many moments in which we ourselves are revealed.

“Leave You Alone” seems to be routed in a forlorn and aching sadness. A yearning for the past is an all to powerful emotion and it is here, displayed in its raw beauty. Minor keys and shadowy chords create space, a space that fills with anguished lament borne out of  the inevitable movement of time, of the ghosts inhabiting the past. “Almost” continues this and is perhaps the most contemplative track on the album. Closing out with “The Emergence of Something Familiar”, When It’s Time To Let Go finishes on an optimistic note and embodies much of what Lo Five is about. This aching for the past, the past of a flickering monochrome telly in the corner, of the sound of laughter in the family home, of returning to seemingly gentler, simpler, comforting times.

In juxtaposing sounds and textures to build a mood of quiet introspection and joyful exuberance, Lo Five‘s layered arrangements and dazzling counterpoint shines on When It’s Time To Let Go. Neil Grant produces a sound that unfolds, becoming more pastoral and organic with each release. His use of field recordings imbues a sense of natural evolution and familiarity in his compositions and as such elicits a warm and emotional response.

Neil has taken the ephemeral beauty of childhood and woven a narrative of hope and despair. His landscapes of external meditations and the haze of diaphanous constructions are like shadowy rocks blanketed by the moonlit sheen of the frothing seas. There are voices in the ether, twinkling electronics with the static pull of post-storm atmospherics and the irregular beat of wind chimes and ghostly chatter of far-away transmissions.

When It’s Time To Let Go is a beautiful album. It is an album of infinite gifts and moments of pure uplifting joy countered by dark pockets of smothering introspection, ultimately leading to the final moments of redemptive optimism. This album reflects all we have seen and done before and reminds us why we listen and feel, why we allow the past to continually inform our future.

When It’s Time To Let Go is out on April 14th on Patterned Air Recordings.

Written By
Mike Stanton
More from Mike Stanton
Once A Tree create music that is dark, hypnotic and poetic. A...
Read More