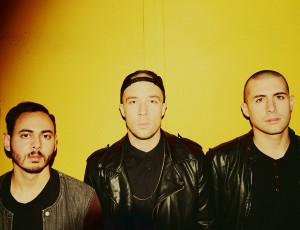 LA’s Blacktop Queen have seemingly come out of nowhere with their hard-hitting debut single “Spiderbite,” which premiered at Consequence of Sound last week. The trio formed from the ashes of previous bands, soured relationships, and breakups. Their gritty yet anthemic sound is nestled comfortably between garage and arena rock, combining all the finest elements of quality songwriting and raw production. The group features Colorado transplant drummer Nate Lotz, and Southern California natives Omar Ahmed on bass, and vocalist/guitarist Evan Ambrose. Together, they’ve set out to create something true to their roots as musicians, who all grew up playing literal “garage rock.”

“When you are 15 years old in a garage with your friends there is no thought to pleasing, no thought to fear of approval, just the unadulterated desire to play your ass off,” explains Ambrose. “That’s what we wanted to return to with Blacktop Queen”.