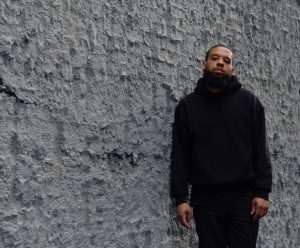 NYC alt-R&B artist Kenneth Whalum has released his new album Broken Land, and it is truly a work of art. The accomplished musician is refining his craft after years of performing as a saxophone sideman for legendary artists like Jay-Z, Maxwell, Frank Ocean, D’Angelo, and others. He is also fresh off the recording of Jay-Z’s 4:44 album, where he played tenor sax on the track “Bam.”

But – back to Kenneth and Broken Land. The album is sincere and melancholy, featuring beautiful soundscapes and buttery vocals. “Ghost Town” – one of the album’s standout tracks – is almost like something out of Coldplay’s Parachutes. Whalum has found a wonderful medium between the worlds of R&B, soul, and ambient alternative.

The Memphis native looks to have a busy 2nd half of 2017, so keep an eye out for this thriving talent. Stream Broken Land below.