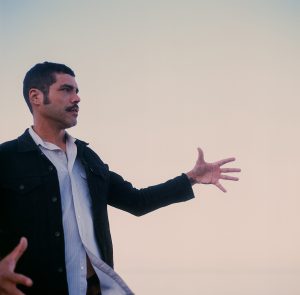 LA’s Jutty Taylor — the new solo project from the well-traveled indie/alt musician — is preparing the release of his debut album Little Seizures by trickling out new tracks throughout the fall. Today’s offering is “Saint James” – a mellow indie coffee shop relaxer, that really makes you feel like you’re living in simpler times. Fans of Beck, Fruit Bats, and Vampire Weekend will likely resonate with the vibe.

“’Saint James’ chronicles a person that realizes that they could ‘un-fuck’ themselves if they could stop incessantly reading the news,” Taylor explains. “It’s a call to the imaginary patron saint of will and self-control.”

What an entirely perfect sentiment for this election year, when many of us have found ourselves stuck in the omnipresent “scroll of doom.”

Keep an eye out for Little Seizures next week, but for now, check out “Saint James” below.