I heard the bell from inside the building signifying the end of the school day, a shrill but muffled sound breaking the silence and prompting the noise of dozens of excited children.  The gate was soon under attack from a buckle-shoed stampede and an onrush of excited, tiny voices.   In amongst them was Will.i.am, wide-grinned and skipping towards me. 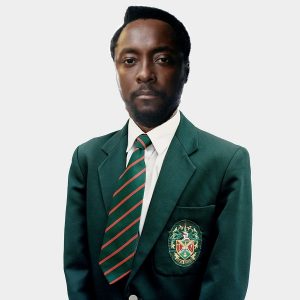 “How was your day?” I asked.
“So-so,” he replied, swinging his rucksack.

All the way home he had a strange look on his face, and his fidgety, restless demeanour suggested there was something on his mind.  We had dinner and watched some TV and I asked him if he had any homework.

“Nope,” he said, and he scurried over to his toy box.

He took out an aeroplane and ran around the room with it, imitating the droning sounds.  When he got too loud I told him to sit back down.

“So what did you do at school today?” I ventured.

He shrugged his shoulders and stayed focused on the TV.  Some pop song was on.  It was a bit modern for my tastes but he seemed to like it.

“How did I get here?” he suddenly asked.  The question any parent dreads.
“That’s a conversation for another day,” I said.
“I never used to be here.”  Suddenly he burst into tears and looked away, back at the television.  “I remember things.”

It was true.  I’d adopted him.  Taken him away from his previous life.  You can do that so easily in the twenty-first century.  You just need the words to do it.

He had been a successful global artist and producer and now he was back in school, his mind oblivious to his true past.  Artists are there for our purpose, for our interpretations, and so now here is Will.i.am, sat next to me on the sofa, tears in his eyes, not quite remembering.

Later I will read him a bedtime story and hopefully he’ll soon forget this sadness.  At the weekend we will go on a day trip.  Maybe I will tell you about it next time…

NOTE: No pop stars were harmed in the making of this episode.

Written and published by Paul Davies exclusively for fourculture.com

Written By
Paul Davies
More from Paul Davies
I don’t know why it took the video for Abbie Ozard’s “Pisces”...
Read More