2012 has been an amazing year for Jo Hamilton as she performed with the a brand new instrument called the Air Piano on Radio 4’s Loose Ends with Clive Anderson. Fellow studio guest Bill Bailey described the instrument as “…a thing of ethereal beauty.” A live BBC World Service set broadcast to over 1 million worldwide this summer.

To celebrate the new year, for 2 weeks only from 5th January 2013, you can download
Gown special edition for £4.99 and get a free 2nd copy to gift to a friend.
A range of formats is available.
http://johamiltongown.bandcamp.com/ 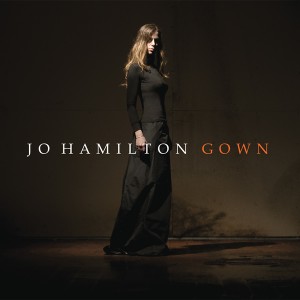 Jo Hamilton is the daughter of a Jamaican mother and a Kenyan father. She was brought up in the Scottish Highlands and went on to live in in Turkey, UAE, Kuwait, Sri Lanka and Cambodia. She is the first artist in the world to work with an airpiano (The airpiano is a new musical interface which allows playing and controlling software instruments simply by moving hands in the air) and her debut release “Gown“ has received huge acclaim in the U.K. The album has also won three awards in the 2010 Recharged Radio awards and the Guardian describe Jo as “singular and unforgettable, Hamilton is quite a discovery.”

In January 2011 Gown leapt to number 3 in the Amazon movers and shakers chart and was featured in the Rolling Stone  France Magazine.  The song “Pick Me Up” went to number 2 on the Music World Radio charts, and made the B-list in Northern Ireland’s Q102.9FM station. Jo is also about to unveil a summer tour of 10 Apple stores in the US where she will perform exclusive city sets with the Air Piano.

Award winning Jo Hamilton is an enigma. Occasionally compared to Goldfrapp or even Bjork, she’s more likely to crash into your consciousness as some kind of perfectly imagined symbiosis of K.D. Lang fronting Sigur Ros. Stemming from a nomadic family with roots in both Kenya and Jamaica, Jo was brought up in a house two miles from the nearest neighbor in the wilds of northern Scotland. A snapshot of the intensity of this wilderness is revealed by Jo herself: “There were three of us in our one-room primary school at the top of a hill in the Highlands.  With our teacher from the Isle of Skye, we sang together, nostalgic old Gaelic lullabies and island folk songs about the land, sea, and returning home, while in the distance we could hear the roars of the rutting stags.”

She also spent much of her youth in Turkey, UAE, Kuwait, Sri Lanka and Cambodia before studying classical viola in Edinburgh and at Birmingham Conservatoire. Her debut album, the gentle but muscular, headily addictive Gown, betrays much of this musical heritage and has already garnered huge plaudits for its singular mix of sense and sensuality. It’s a haunting and unique record but above all it’s Jo’s voice that stands out, a voice that Scott Matthews suggests can ‘brush softly against your soul or fill you with the intensity of an earthquake.’

Jo has the only prototype of an AirPiano (www.airpiano.de) in use anywhere in the world outside a laboratory.  The AirPiano is an innovative musical interface which allows the user to play and control software instruments on an attached computer simply by moving their hands in the air above it. What is so magical about the instrument is that it makes extremely high technology completely invisible and so is the perfect compliment to Jo’s graceful stage presence (described by Caroline Sullivan of the Guardian as “unearthly”). The model Jo is using is unique and enables her to literally pick sounds out of the air.

Gown was produced by Jon Cotton, who produced Scott Matthew’s Ivor Novello Award-winning album Elusive, and was initially released in summer 2010. The single Think Of Me caused 2009 Mercury nominee Sweet Billy Pilgrim to enthuse “When Jo sings, something thaws that I didn’t even realise was frozen.”

Fourculture interviewed Jo Hamilton in our first issue. You can check it out here.