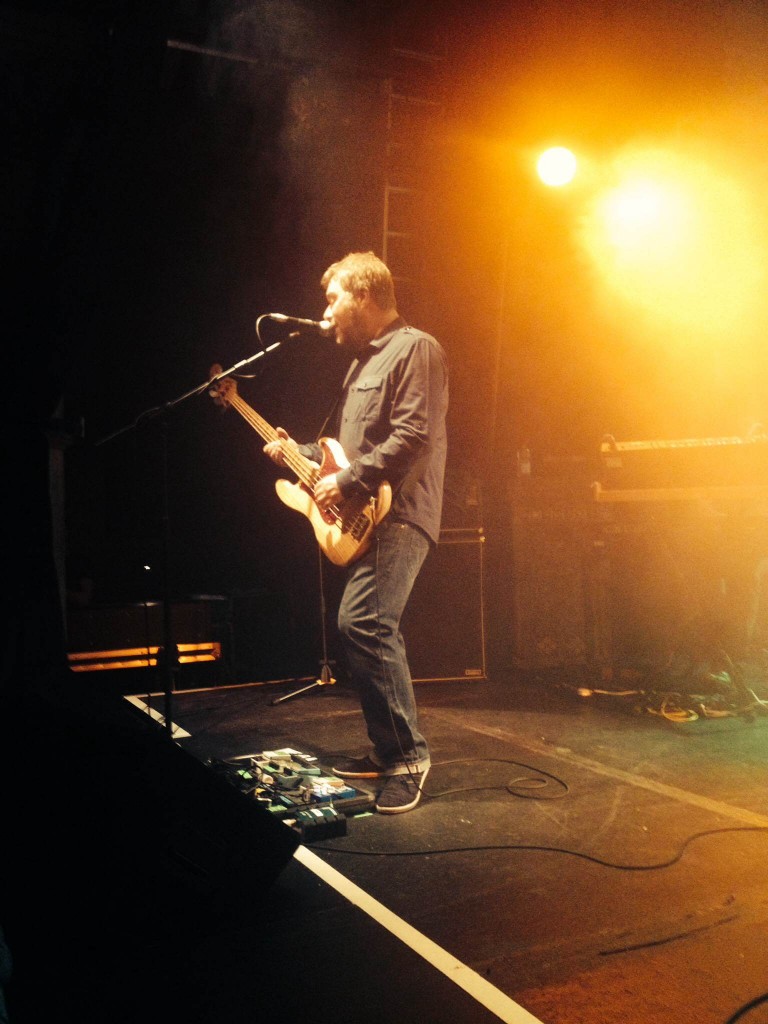 He has been on the music scene for a few years, but now, lead singer of the much loved indie band Doves, Jimi Goodwin is now here with a solo album and tour. And boy, he didn’t disappoint at all. In the very holy surroundings of Colchester’s wonderfully compact Arts Centre he kicks off with “Terracotta Warrior”, one of the many songs from his new album Odludek. After cracking a few jokes with the appreciative crowd, Goodwin then bursts into “Didsbury Girl”, one of the standout songs of the night. Third song in is “Live Like A River” which has the crowd getting into an early dance before the underground anthem “Oh! Whiskey” gets everyone into singing mode just as quick. I suppose the set wouldn’t be complete without a few Doves numbers and “Snowden” from the Some Cities album is the first offering of the quartet and goes down very well. “Keep My Soul In Song” follows with the second standout song of the evening “Ghost Of The Empties” coming straight after with Goodwin and band of merry musicians enjoying the occasion greatly. The fast beginning and brilliantly titled “Man v Dingo” follows soon after before the excellent “Panic Tree” gets an airing. “The Last Broadcast” from the Doves album of the same name gets everyone singing along once again before “Lonely At The Drop” draws the first section to a close. After a well deserved break, Goodwin treats the crowd to “The Sulphur Man” before taking requests on which songs from his solo album the people would like to hear again. The choices are unanimous in “Didsbury Girl” and “Live Like A River” and they go down as well as they the first time in the evening. Last song of the night is “Northenden”, which sees me and countless others join Jimi Goodwin on stage to bring the curtain down on a splendid night. Doves might be taking a break but Jimi Goodwin doesn’t look like he will slowing down  anytime soon. And that’s good news for everyone