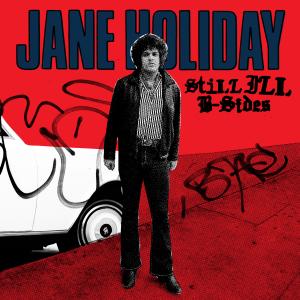 LA’s Jane Holiday – the moniker of songwriter Raj Jain – is closing out his prolific 2019 with his STiLL iLL B Sides EP. The new release is an extension of his recently released STiLL iLL EP, ultimately because he had too many good songs for one record. Holiday has enjoyed major sync success this year, with placements on Magnum PI, NBA2K20, and the trailer for The Voice Season 17. His vibe is true and his voice is defining – falling somewhere between the lines of Foster the People, Courtship, and Hembree. His music makes you want to crack open a beer on an LA rooftop and let your worries drift away.

“All these songs were created in a similar time as STiLL iLL was being created,” Holiday explains. “There is something very scary to me about leaving things unsaid.  This B-Sides project is the other half of the conversation I never got off my chest.”

Jane Holiday will headline the Moroccan Lounge on February 6th in Los Angeles – tickets can be purchased HERE. Listen to STiLL iLL B Sides below.

Written By
Alex Rago
More from Alex Rago
Boston’s Mosie has been around for a short minute, but never have...
Read More