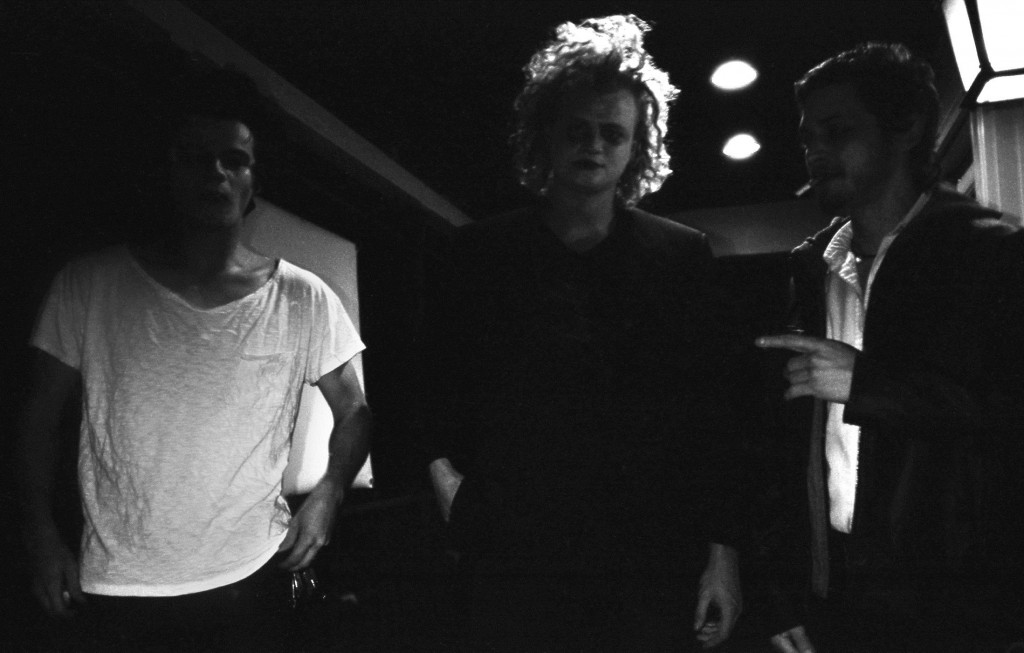 It is widely believed that cultural trends can kill off other cultural trends in a very short space of time.  This was the case even in the pre-social media days of the 1990s where the rise of grunge was said to be behind the demise of the shoegaze genre.  Take a step further back and punk rock was meant to kill off prog rock.  This is all very convenient for the lazy music historian but labels and genres never really go away and are there to be twisted, developed and played with even if they should be poles apart.

What Moon Things bring grunge and shoegaze together making the opposite apposite with the same ease as Magazine (who combined punk and prog in the late 1970s) in their self-assigned genre ‘dreamo’ (dreampop meets emo).  Citing influences such as the Pixies, My Bloody Valentine and Modest Mouse, this New Paltz, NY-based trio deliver a debut album full of songs with a controlled discord and there are also occasional hints of punk and prog elements.

Opener ‘The Vampire’ is a case in point beginning like a calmer Oceansize until unnerving vocals in the vein of Jamie Stewart (Xiu Xiu) appear, providing a darker edge.  This contrast continues in lead single ‘The Astronaut’ which is a vital piece of near-commercial chaos full of sprawling twists and turns that defy simple definition and dimension.  As is the case in several other songs new elements reveal themselves on every new listen.

Despite the difference in sounds from song to song (from the basement-like recording quality of ‘Doesn’t Make Much Sense’ to the almost epic sounding ‘Staring at the Radio’) there is a unity in dissonance whether in vocal or time signature.

Low-in-the-mix vocals subconsciously tease, torment and tantalise and paint a picture of nostalgia, vulnerability and heartbreak over music that often threatens to build to a crescendo but cleverly falls short, defying expectation and leaving you with a thirst for more.

This is an accomplished debut from a young band, full of drama and subtlety and at just shy of half an hour this is just the start of an intriguing journey rather than a quick fix.

Get the album via Bandcamp.

Written By
Paul Davies
More from Paul Davies
How about some pounding European electro-pop with a funky twist for the weekend?...
Read More