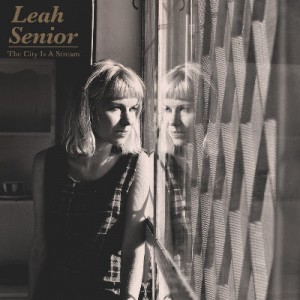 Leah Senior is a Melbourne-based singer songwriter from Australia. She has recently signed up to fellow Melbourne record label Flightless, current home to the psych pop of King Gizzard & The Lizard Wizard and has a debut album, Summer’s On The Ground due out later in the year. So what can we expect from this artistic endeavour and will it be worth seeking out? Perhaps we can garner a few clues from this album’s debut single “The City Is A Stream”.

Nick Drake, Laura Marling, and First Aid Kit have all been mentioned in relation to Leah and yes, there are comparisons to be had, but a closer analogy for me would be Suzanne Vega. There is a similar plucking guitar style, a breathy yet strong vocal and a poetic ambiguity which reminded me of why I loved those early Vega albums so much. There is a simplicity on this single that really grabs you. The stark, repeated guitar riff with the poetic, lulling vocals swoopinging over the top, all complemented towards the end of the track with violins and cellos. For a woman that hails from the warmth of Australia there is a remarkable ‘coldness’ to the overall feel here. A very British attitude to the wind and rain, both judging and being one with it at the same time.

Lyrically this is the most exciting song that has caught my attention this year.

‘Wind so wild it could blow the tobacco from your smoke’

Such a wonderful opening gambit and the rest of the song doesn’t disappoint.

‘Cause it’s such a perfect day to get caught out in the rain.
This city is a stream and we are swimming the wrong way.’

All in all this single makes me extremely excited at the prospect for the upcoming album. Fingers crossed that the rest of the tracks will be up to this standard. If you happen to be in the Melbourne area, keep your eyes out at the gig listings, Leah Senior could be very special indeed. There is just time to get in on the ground floor!

Take a listen to the single yourself and let me know what you think!?!