La Bête Blooms are looking to put Hull back on the UK musical map and this new video is a great introduction. 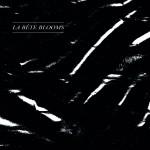 Featuring a montage of clips from some of the band’s recent gigs in North East England, it gives a nice behind-the-scenes feel as they travel, load equipment, relax and of course perform.  There’s no posing or acting as rock stars, just a simple, refreshing insight into a young band enjoying their adventure.  La Bête Blooms let the music do the talking and why not when it has such potential…

“Everyday’s the same” is the logical choice for a single from their new self-titled EP, loaded with 90s indie guitar and showing that a song can use glazed reverb and still be catchy.  This sound could only have come from northern England, where songs about an escape from the kitchen sink dramas of humdrum towns are most poignant.  However, this five-piece have a lot more in their locker.  “Everyday’s the same” is sandwiched between two songs on the EP which are quite different – raw, aggressive stompers with Bradford Cox style vocal urgency.  To round it off is the slow build of “All for you” which again showcases their diversity.