Sometimes when lightning strikes, you can feel it rumble from miles away. Today, we’re feeling that rumble from all the way across the pond with Manchester’s Coldside. This urban/rock duo comprised of Zane’s talented flow and Aitch’s amazing vocals have been making noise all over the BBC RADIO outlets and more.  We had a chance to ask Zane and Aitch about their latest release and what’s to come.  Look for a further in depth interview with Coldside in a future issue of Fourculture magazine.

Your latest, The Practice Mixtape, dropped a couple months ago and puts an amazing acoustic vibe on a few recent tracks by the likes of Flo Rida and Justin Bieber.  How did you guys go about setting up and deciding on an acoustic cover mixtape? Are there any covers that didn’t make the mixtape that might come out at a later date? What is the most current track you guys enjoy that you might feel like doing a cover of?

The Practice Mixtape came around from performing at a lot of open mics and touring with our guitarist. We have a part In our stage show where we strip it back from our full band and do an acoustic section. We throw in a couple covers and they always went down well, so we thought we should get this on disc and have something for our supporters to listen to while were busy recording our EP. Songs that didn’t make the were B.O.B’s So Good & Lenny Kravitz’s Fly Away, they were left off intentionally as we like to surprise the crowd at our shows with stuff they haven’t heard or expected us to do. At the moment were listening to a lot of under the radar musicians, a lot of beach house influenced music. One of our favorite artists at the moment is a musician called Ricky Hil. He doesn’t  really have a huge following in the UK yet, so were currently playing round with some of his songs in rehearsals to shed a little light on his work. 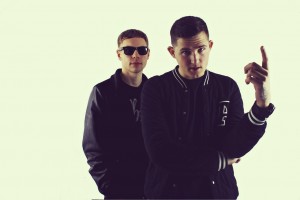 When it comes to your blend of urban and rock sounds, you guys give me a bit of an Audio Bullys feel, especially with the rap hooks after a verse.  I know many rappers in those style groups have different ways of gaining inspiration to create the hooks, where do you find inspiration when writing those hooks?  Is there a process in which you have to hear the melody before or after in order to create?

When writing our hooks, it usually starts with the melody, and what emotion the melody triggers, whether it be sad, happy so on. We write something to mirror the way it makes us feel. We don’t sit down and decide what to write a song about. I can’t explain it, words just happen to appear and we run with it.  Sometimes our hooks aren’t clear what something’s about. That’s where the rap comes in and elaborate on the chorus, and a story just tells itself.

Your latest single Runaway dropped after an explosion of exposure in 2012 on the BBC Radio outlets.  If one listens your prior singles, they’ll find you have a story to tell.  What were you hoping the listener would take away from Runaway? What does the song mean for you personally?

Runaway is basically about celebrating life and having fun. It’s about celebrating success and enjoying the road were all on. We want people to be uplifted when they listen to Runaway and have a piece of our personalities and runaway on this journey with us.

Your first video under the name Coldside was released earlier this year.  How did you guys come up with the concept for Runaway? There’s a lot of focus on the leading lady in the video, was that intentional?  Some artists have difficulty doing videos due to the cost; do you think you’ll be having any more videos out in the future?

We wanted the music video to have a very chic feel — nothing fancy or over the top to take away from the music, just a focus on our personalities and to emphasize the music, the guitar sound and drums. We needed a way for the audience to connect to the hook and visualize the words so we invited Chelsea down to play the role. We have a lot of songs in the studio at the moment. We’ve just decided which one we want to run with next and story boarding a few ideas with the director smalls. Definitely expect some music videos from Coldside in the following months. 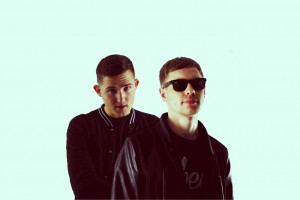 Coldside is clearly on the path to success. After exposure on BBC1 Xtra, how do you follow up that success with the next single?  What advice would you give to those wanting to follow in your footsteps attempting to reach for the skies so to speak?

We have big plans for our next record and it’s a very different song from Runaway. We always strive to better our last project, so with this video were trying to create a piece of art visually as well as musically. Anybody who wants to reach any goals in life, ours being music, you must be completely determined and be well planned. If you fail to plan, then you plan to fail is the saying. Be prepared for obstacles as not everybody is going to like your music and some people may go out their way to let you know they don’t like your music, l but as long as you believe in what your doing nothing else matters! This road is a crazy one, emotionally and physically so be prepared for the long hours, late nights and empty pockets! Hopefully, it should all be worth it in the end.

What movie, TV, or cartoon character do you find attractive and why?

This is the easiest question in this interview, haha. Jessica Rabbit! Why is self-explanatory when you see her…she’s actually more attractive than some real life girls hahaha. Big up Roger Rabbit, he’s hittin’ that…major props.

Thanks for the interview guys and letting us give our small piece of our mind thought in our music. Big up all our supporters and stay tuned for big things coming soon. Zane & Aitch… Love