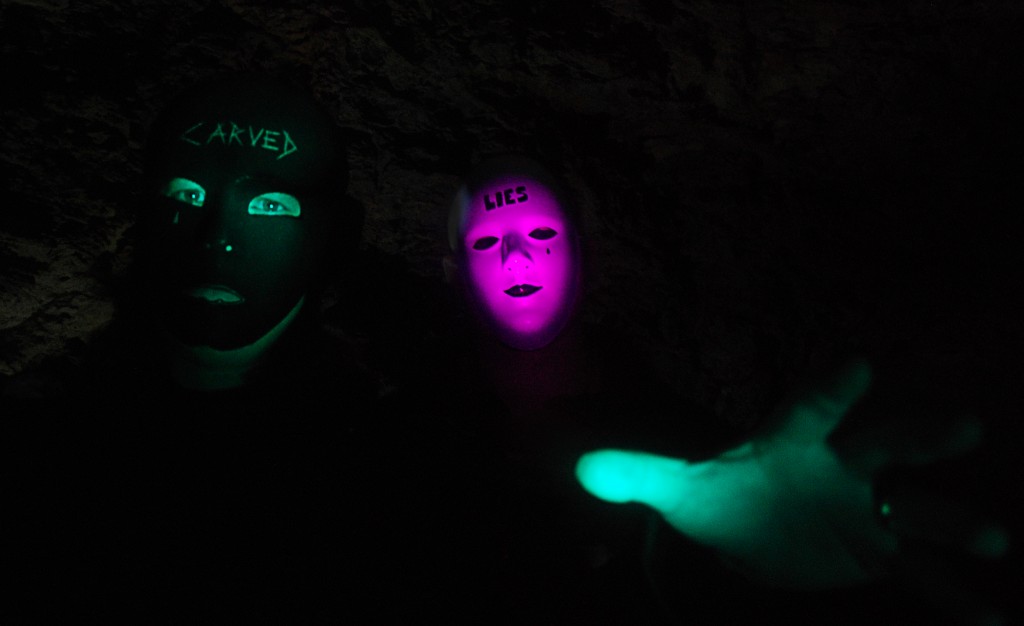 I recently came across a band called Carved Lies out of the UK.  Their debut album, Straight Jacket Funhouse, was released in January and is available for a pay what you want price on Bandcamp (and, as always, we encourage you to please support what you can.) 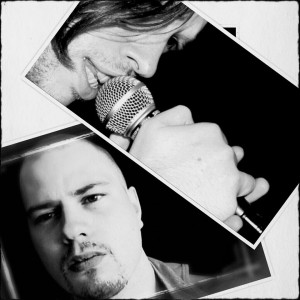 Straight Jacket Funhouse is a refreshing mix of styles and genre.  Taking influences from Nine Inch Nails to The Red Hot Chili Peppers, David l’Anson and Dave Jameson have managed to develop an album that creates an atmosphere as a whole without getting boring or mundane.

The very first (title) track pulls the listener in with a quietly mysterious beginning and then a guitar riff that strikes like a rattlesnake.  The electronic/industrial feel of the album is throughout, but there are also lots of surprises in store like the funk of a song like “Loretta” or the straight up ballad style of “Puritan’s Soul.”  These are not songs one would expect to even hear on the same album, but somehow they make it work and work well.

The attention paid to the sounds and electronica on this album is impressive, especially considering it was done on l’Anson’s home studio.  Each sound is thought out and meticulously placed within the songs and the album, leading the listener on the journey.  This is one album you will want to listen to with ear buds in and no distractions in order to get the full effect of what Carved Lies has accomplished.  While there are several stand-out songs, my favorite would have to be Xplosive Anxiety.  The mix of the bass licks with the orchestration is irresistible to this listener’s ears and when the head bob starts kicking in, I know I’ve got a winner (although that admittedly happened often on this album)!

If you enjoy bands ranging from Nine Inch Nails to Tool to RHCP to The Cure, don’t miss this debut album by a band that pushes the envelope with their sound and style.  You can listen to it in full and purchase Straight Jacket Funhouse directly from Carved Lies at http://carvedlies.bandcamp.com/

UK folks, if you’re in the Sunderland area, you can catch Carved Lies at the Lakeside Club on March 30.