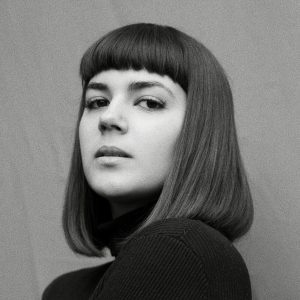 Swedish/Iranian artist Ayelle has an EP out at the end of the month and the singles released to promote it so far suggest it will be something to look out for.

Her roots don’t come across in her soothing vocal style, which has more in common with the London soul scene, yet her lyrical themes of frustration in relationships will resonate with any culture.

Her latest single “Actor” came out last week and it’s a moreish slice of neo soul with gloomy electronic tones and beats which add a triphop vibe.  The presence of UK singer Nakala as collaborator provides an urban bite to give it a Saturday night feel as well as a Sunday morning  one.

Ayelle explains that the songs was written about “a guy I had been seeing at the time who turned out to be different from what he initially seemed like. I think that’s quite common and especially in today’s hook-up culture where we often treat one another very casually. It’s easy to suddenly find yourself at either end of the spectrum.“

The first single, “Mad” is more intimate: a slow burning, piano-led number with hints of Banks and Jessie Ware.

Ayelle explains the song is “about the type of love that feels all-consuming, the type in which you think you might lose yourself.  This may come off as a romantic song, but I think I wrote it as a warning to myself.”

If this whets the appetite then her EP Slow Clap will be released August 31st.

Written By
Paul Davies
More from Paul Davies
Friday is not always about the party.  You don’t have to be...
Read More