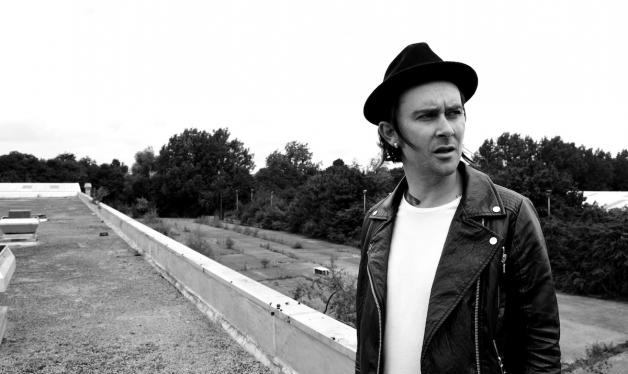 Tim Muddiman is a singer-songwriter and guitarist perhaps best known as a member of Gary Numan’s band and as part of the legendary alternative act, Pop Will Eat Itself. But he is also an established music producer and re-mixer, a respected session musician, and with the release of Paradise Runs Deeper today, Tim steps fully into the role of front man of he latest project, Tim Muddiman and The Strange.

The album mixes dark, electronic grooves with rugged blues and rock guitar riffs to produce a unique emotion laden journey of sound. A journey Gary Numan describes as having grown “from a nervous idea into a beautifully crafted musical creation.” The 13 tracks on the album were all written by Muddiman and reflect his myriad musical influences. And it is clear from the first defiant rock guitar riffs and electro sounds on opener “Bullet Stroke” to the final bluesy notes of “Wildwood Blue Stone” that Muddiman is firmly in control of his creative vision. 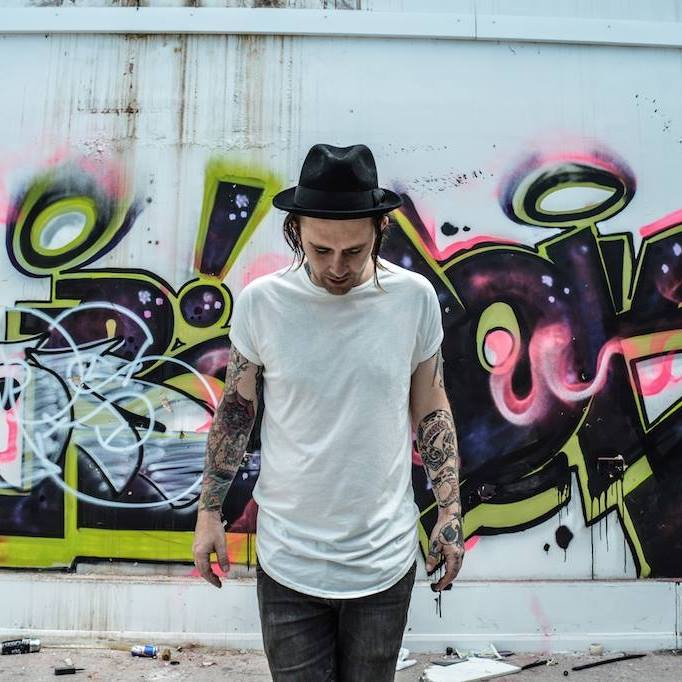 My favorite track is “Rolling Stones.” It is a moody, stylish, and polished track that starts with a Middle Eastern sounding instrumental flourish before it launches into a huge bass line, sleazy blues guitar, and catchy grunge vocals. It is a ‘Gary Numan meets Depeche Mode’ exploration of change and the kind of solitude that leaves you feeling “done and gone alone, forever rolling stones.” But another standout track and personal favorite is recent single, “Glass Queen” — a dark, indie rock track with deep, lush bass-lines and a hooky chorus that you’ll find yourself singing along to.

“Damage is Done” and “Hands & Claws” are both delicious tracks full of strong percussion, rocking guitar, and lyrical complexity that’s been coupled with catchy choruses. And both are songs you will discover yourself humming at random times throughout your day. “Strangers” is a track that injects an up-tempo, electro beat into the mix as it explores the moment when you realize that you no longer fit into the world. “Slide Away” is a track that delivers classic guitar rock with a retro fuzzy feel, all wrapped up in Muddiman’s sublime vocals. It is a true musical treat.

“Your Drugs” is a dark and gritty alternative anthem dedicated to the strength and fragility of the human spirit and its addictions – with guitars and vocals that soar. “Oversea-Underworld” has a raw rock vibe that will make you want to dance and  “Wake Up The Sun” is a fabulous track that features Muddiman’s smooth and dulcet vocals dancing amidst intricate instrumentation.  The album finishes with an alternate version of the previously released single, “Wildwood Stone” titled “Wildwood Blue Stone.” It’s a sparse, bluesy take on the track that is charming and ear-wormy, and that I really kind of love. This is definitely an album you will want to hear.

Fourculture recently caught up with Tim to talk about the album, his musical influences, and what fans can look forward to in the coming months.

Who are the artists that you looked to for inspiration when crafting the sound for your debut album, Paradise Runs Deeper?
I thought about artists that I admired for their endurance and having confidence in being themselves. I thought a lot about Marlon Brando. I just opened up my historic memory bank of music. It’s vast. Deep. Diverse. Nick Cave. Nine Inch Nails, PJ Harvey. Isaac Hayes. Stray Cats. Neil Young. To name only about 1%

One of the benefits of crowdfunding and being an independent artist is the freedom to ignore the limitations of being in just one “genre.” As an artist you get to use as many hyphens and/or slashes as you please to describe your sound. So how would you describe Paradise Runs Deeper to someone who hasn’t heard it yet?
Ultra modern blues/blues like you haven’t heard it before/deep/optomistic/reflective/healing/spikey/comfortable/music/journey/travel/love.

Which track is your current favorite?
“Wake Up The Sun” is my favorite.

What was the hardest or most challenging track on the album for you to write or to produce?
They were all challenging, but all had their own unique personalities. Each one was like a different friend/lover/foe. It was like molding clay or painting a picture. It was about completing 12 individual pieces of work. “Strangers” and “Rolling Stones” took the longest to write. But the relationship with those songs was different. The journey was different.

If you could take only 3 albums with you on a road trip or tour, what would they be?
Tom Waits – Rain Dogs
Fever Ray – Fever Ray
Nick Cave – Murder Ballads

Have any current singles made it on to your ‘favorites’ playlist and if so, which ones?
My music listening has gone to the dogs since starting my own band. I’m constantly thinking of new songs and ideas. Only at night do I listen to music. Right now I’m into funk, big band jazz, gypsy fiddle, blues and ZZ Top. So I guess nothing current at all.

What can fans look forward to for the remainder of 2016 from Tim Muddiman and The Strange — are there any plans to release more videos, play future shows, or to tour?
We have a new song coming out any day. It might already be out by the time this is published – it’s a cover of Tears For Fears’ “Everybody Wants To Rule The World.” It isn’t on Paradise Runs Deeper or on the 2nd album. There are so many things going to happen. I tour with Gary Numan for September, but when I return with new energy things are going to get crazy. I can’t wait. It might go quiet for a while. There will most definitely be a staggering amount of things going on behind the scenes.