Skye Edwards and Ross Godfrey, two-thirds of the alt-rock/trip-hop/electronica group Morcheeba, have released a new album titled SKYE |ROSS (Fly Agaric Records/Cooking Vinyl Records). And while the album has echoes of the trip hop, blues and down-tempo soul influences of Morcheeba’s sound, the album achieves an organic vibe all its own.

Over the last decade or so, Skye and Ross have been touring without Morcheeba’s third member, Paul Godfrey. And the thought occurred to them that they should record an album that captures the unique energy and intensity that has developed between them on stage. According to Ross, this album reflects what he and Skye do naturally when they make music together — without necessarily being a continuation of what they’d been doing with Morcheeba. That’s why they gave this project its own identity: Skye & Ross. This is not the first time the two artists have stepped outside the bounds of Morcheeba. Skye released her fourth solo album, In A Low Light, in 2015. And Ross has Little Mountain, a Laurel-Canyon flavored trio that also features his wife, Amanda Zamolo.

For this album Skye and Ross allowed the songs on their self-titled debut to evolve organically while working in their home studios. And they turned to family members and friends for creative support — Skye’s husband Steve Gordon played bass, her son Jaega Mckenna-Gordon played drums, Ross’ wife provided backing vocals, and keyboards were played by Richard Milner — Morcheeba’s keyboard player for the last five years. With Skye’s unmistakable vocals and Godfrey’s intricate guitar work, the debut album will surely appeal to Morcheeba’s many fans, while having an identity strong enough to stand on its own. Ultimately Skye & Ross is an opportunity for the two musicians who have represented the public face of their band to exploit the musical relationship that has developed between them on stages around the world. As Ross explains, “Our intentions are really aligned and once you have that synchronicity with someone, everything falls into place.”

Fourculture recently talked to Skye about the new album, keeping it in the family, and what fans can look forward to in the coming year.

One inspiration for this album was the idea of capturing the energy and intensity of a live show. Do you think SKYE | ROSS accomplishes this goal?
That’s difficult to say. We went into the studio with a live drummer -not just beats like we did for Morcheeba albums – and in the studio we mixed live drumming with programmed beats. So this album definitely has a different sound than any of our earlier music. Still, when I hear a track off the album I realize we play the songs differently live. For instance now when we play “How to Fly” live, we play it more up-tempo and I sing the last chorus an octave higher than we recorded it. So in that way no, the album doesn’t mirror the way we play the song at a show. But these differences are just things that develop as we get to know the music. It almost makes me wish we could get familiar with and perform the songs before we record them (laughs).

When asked about the album Ross said that it “pursues its own path while returning to the roots of Morcheeba’s sound.” How would you describe this album?
(Laughs) Oh my, just go with Ross’ quote. He is so much more articulate than I. 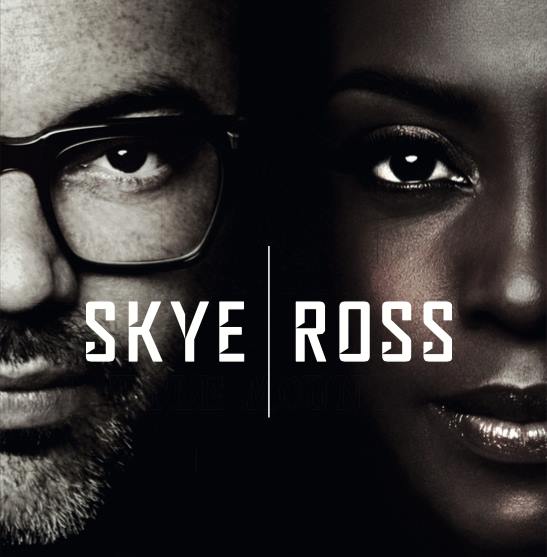 Was it liberating to create music with Ross without any of the expectations tied to Morcheeba?
Yes. Definitely. When we were working on the last Morcheeba album, Paul was so driven by the idea of ‘radio-air-play” and whether a track could be the next single. It was the driving force behind his creative process. On this album everything was very organic; we didn’t think about radio play at all or about whether we had a catchy chorus. I was very pregnant when we were working on this album, as was Ross’ wife, and so it felt more comfortable to work in our own homes where we both have our little studio setups and to exchange ideas for songs by email. Ross would send me an idea for a song, then I would send back a melody or lyrics that I recorded on a mic we have set up in my sewing room, and we would just keep sending ideas back and forth until we had songs. And when we would get together to record it was in a studio just around the corner from Ross, with my son playing drums, my husband playing bass, and Ross’ wife singing background vocals (laughs) it was truly a family affair. So we began with the thought, “Let’s just write what we like.” We weren’t really thinking about radio – I mean you can’t compete with Beyoncé and Katy Perry – so the whole creative process was just more relaxed and organic and enjoyable.

So the creative process behind SKYE | ROSS was very different than for a Morcheeba album?
Yes. Morcheeba songs always started from programmed beats. Even in the early days of Morcheeba when we were all in the same room while writing songs – Ross and Paul had a flat over in Kilburn in North London and we’d really stay up late at night working – the songs originated from beats and grew from there. And even in 2009 when Ross had moved to Los Angeles and Paul was living in France, and we would collaborate on songs by email, the songs had programmed drums and Paul wrote the lyrics.

What are your favorite tracks on Skye | Ross?
“All My Days”
“Light of Gold”
“Repay The Savior”

You are presently out on tour. How is new music being received by the crowd?
Really well. We’re playing old and new music – about ten classic Morcheeba songs and about four or five new songs from this album. Some of the songs that we’re playing as part of the set are “Light Of Gold,” “Hold On,” and “How To Fly.” Some of the songs are quite up-tempo and we’re rocking away on stage. It’s a lot of fun and it works really well.

You have described this album as a family affair. Has that sense of a family effort continued on this tour?
Yes. My husband and son are playing on this tour – my husband on bass and my son on drums. And my mother-in-law is traveling with us to help with our 15month old daughter. And we left our daughters, who are 8 and 18 years old, at home with my brother-in-law while we are on tour. So yeah, the entire effort behind making this tour a success is a complete family affair (Laughs).

What can fans look forward to in 2017?
We’re going to be touring until November. We’re just finishing up an American tour and are starting a European tour and some UK dates. And next year, I imagine that we’ll try and get out to Australia and South America and we’d really like to play more summer festivals. There will certainly be another album. Ross and I will continue to work on music together and when there is time I might work on my solo music. And Ross has a side project, a band called Little Mountain that he will continue. So yeah, there will be more music for sure.