POP ETC is the Brooklyn based alt/indie pop band that earlier this year released a new album, Souvenir, and cemented their place as an emerging band in the hyper-competitive world of pop music. It took some line-up and name changes (the band was originally known as The Morning Benders), some experimentation with their sound, and a three year gap between their last two releases, but the trio of Chris Chu (lead vocals), Jon Chu (guitar), and Julian Harmon (drums) have refined their sound into a polished reflection of the band members’ playful, experimental, and eclectic tastes.

After releasing the album, POP ETC undertook a promotional tour with The Wombats and Oh Wonder, as well as played dates over in Japan – where the band has a loyal following. In addition, they released several singles and music videos. In fact, you can read more about their most recent single “Vice”, a summer hit on alternative radio, and view the official music video for the track here.

Fourculture recently had a chance to catch up with Chris Chu and ask him about making the album, building a fan base in Japan, and the music and items necessary for touring and road trips. Enjoy.

When you changed the band name from The Morning Benders to POP ETC, did you intend the new name to reflect a fundamental change in the band’s approach to creating music and your evolving sound?
Not really! We’ve always wanted to try new things, and continue to expand our sound. We made two albums as The Morning Benders and I think they sound pretty different from each other. And our two albums as POP ETC sound quite different from each other as well. I think that’s just a product of us being kind of restless as a band. We like to keep moving. 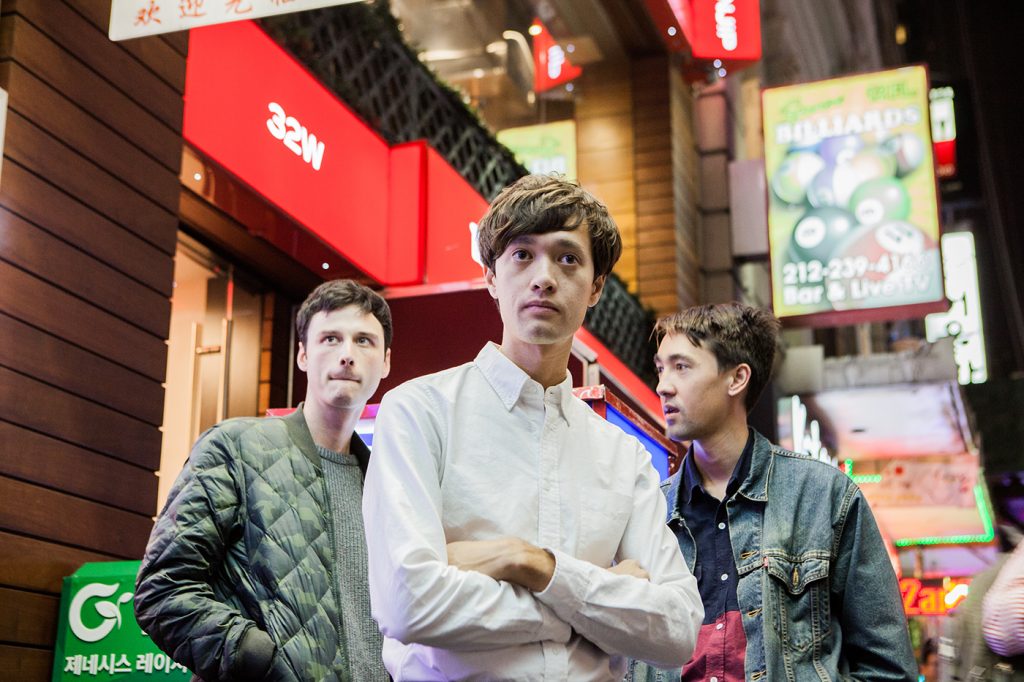 In January you released your album, Souvenir – three years after your last EP. Congratulations! How did your approach to the writing and recording process differ on this album from your earlier records?
Even though the sound on Souvenir can be pretty big, the record feels intimate to me. We bought some gear and recorded a lot of it in our little home studio. Having the flexibility to record at home and do it on our own schedule really changed the process. We were able to chase certain ideas that in a studio with limited time just wouldn’t have been possible. Also it just feels different. Being able to record your own vocal, by yourself, in your own space is a lot different than doing it with an engineer and assistant standing around in a cold studio. You know?

For sure. It seems like each of your albums has gone in a slightly new direction musically from its predecessors. How do you think Souvenir differs from your last record?
It feels more like a band to me. Not just in the sound, using more real instruments, but in the approach, being more democratic. We all weighed in on every aspect of Souvenir, and we didn’t say any song was “finished” until all three of us loved it. You can hear all three of our personalities on it.

You have said elsewhere that the band’s creative/songwriting process has become a more collaborative effort – how so?
Before Souvenir we had more clearly defined roles – drummer, bassist, guitarist, vocalist, etc. We would just kind of let everyone do their own thing. Now all three of us are curating every aspect of the songs.

What artists and/or albums did you look to for creative inspiration for Souvenir?
Tear for Fears was a big one. Dire Straits. Bryan Adams. We were also listening to a lot of Japanese music. Tatsuro Yamashita, Sakanaction, YMO. To name a few.

How did POP ETC build such a loyal fan base in Japan, as well as develop so many relationships within the Japanese music industry – producing for, and performing with, Japanese artists such as Yoko Kanno, Kaela Kimura, and Galileo Galilei?
It just started from going over there to play and exploring Japan. We really, really, really love Japan, and I think a lot of people over there recognize that and are kind of intrigued/confused. We’ve met a lot of people over there just because we broadcast often how much we love Japan, and things about the culture we love. So we’ll meet people that come up to us and say – I heard you guys love Ramen, let me show you a place! People are so sweet there. It’s amazing!! 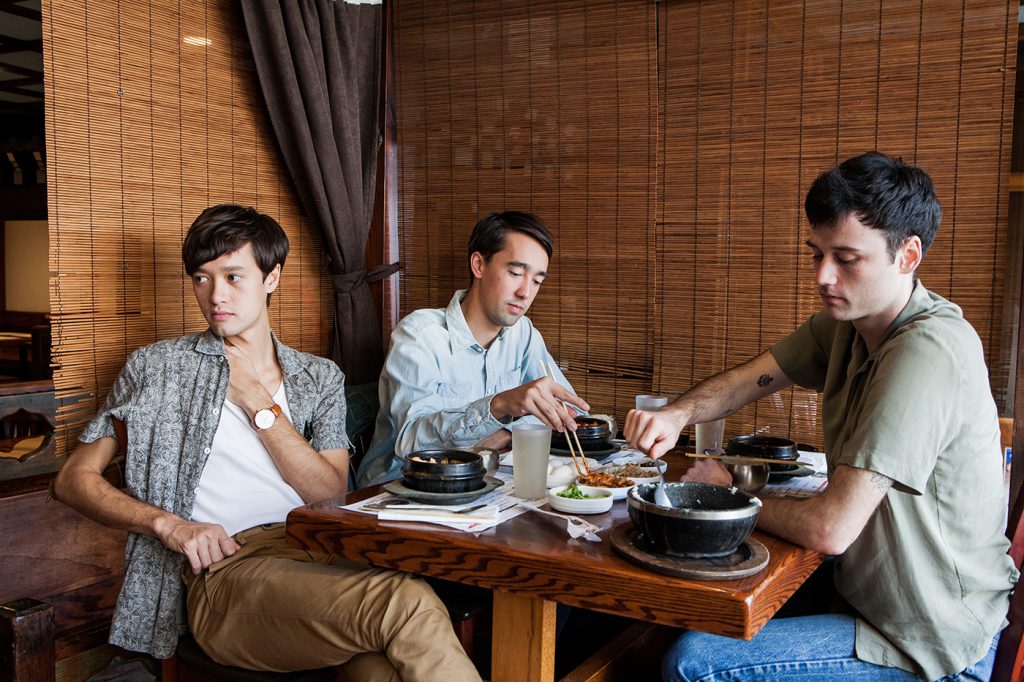 How does the music scene differ between the U.S. and Japan?
This could be a long conversation… but one thing that really sticks out to me is their level of organization. Compared to America, everything is much more planned. The musicians are super prepared, and they know their parts. The artist and producer know exactly what they want to accomplish that day. The engineers are super attentive and detail oriented. Obviously this is a blanket statement, but people in Japan really take a lot of pride in their craft, and music is no different. It’s pretty amazing. I love working there.

Since Souvenir dropped you’ve been busy with singles, music videos, touring, and festival appearances. Do you have any upcoming plans for the end of 2016 and/or early 2017 – such as new singles, additional music videos, or live shows?
We are in the studio now working on some new songs. No idea when we will finish/release anything, that’s probably a ways off…but we are starting!

When you are out on tour, what items do you consider tour necessities?
Lots of clean socks. Good headphones.

You can only take four albums on tour: which albums do you choose?
The White Album, Clinging To A Scheme, Sublime, and 808s & Heartbreak.