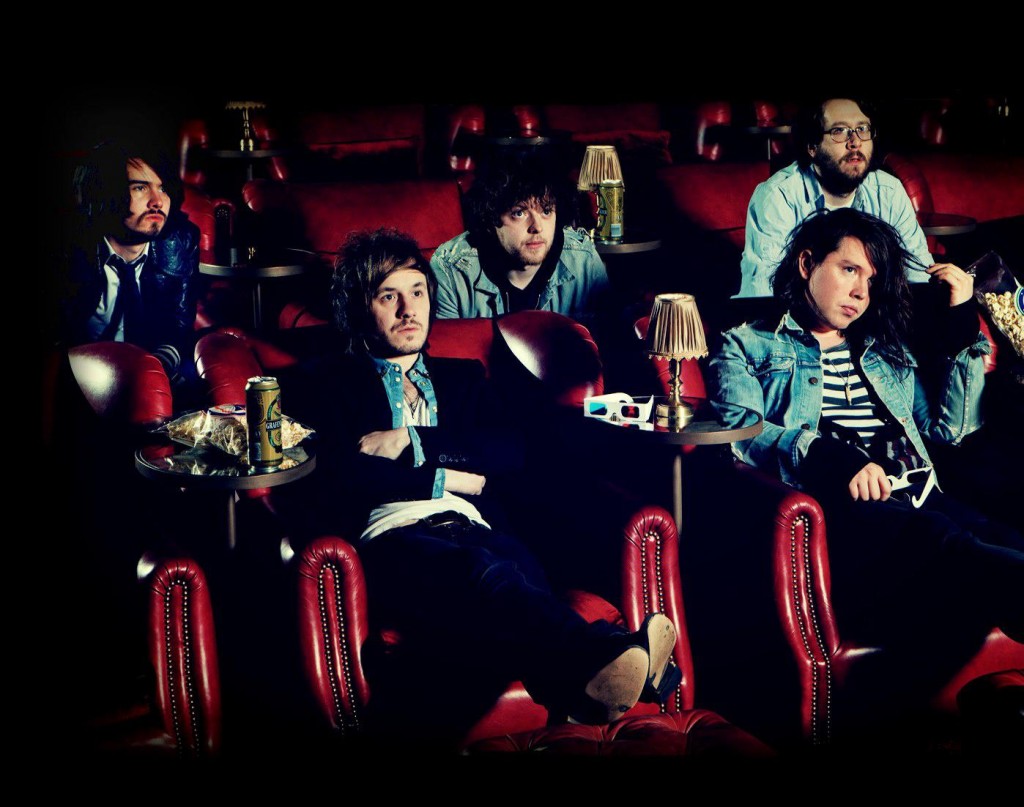 The indie folk rockers Billy Vincent released their video for their new single “And It Fights” on May 30. The band consists of South Londoners Billy Barratt and David Vincent on lead vocals and guitars, Joseph Kinsey on bass, harmonica and vocals, Jamie Pope on guitar, Jack Blenkinsop on drums and vocals and Matt Woodward on fiddle and vocals. They recently completed a tour in the UK back in April and many publications have written rave reviews about their emotionally charged work. Their debut album “She” has been given considerable praise; it was described as a chronicler of the seedy London underbelly, never been done “this vividly since the Libertines’ debut”, as was written by Q Magazine.

The song “And It Fights” is a simplistic and beautiful acoustic melody that relates a tale of melancholy and sober realization, much like a lot of folk/alternative music. The video presents us a version of the familiar “little-girl-lost” theme through a combination of the song’s simple, yet powerfully relevant lyrics and the video’s use of juxtaposition between a real-life scenario and the surreal image of a soul trapped in a muck which it cannot (or refuses to) clean off. It is a visual portrait of the anxiety felt by anyone who has had to endure the most difficult of life’s trials and tribulations, and struggles continuously to shake themselves free of its hold on one’s memories and self-image.

“And It Fights” winds through dark and lonely alleyways, often drifting between three sequences: that of the band, another of a turbulent relationship between a man and a woman, and that of random shots of a woman covered in white which looks ready to peel off, but remains on her body throughout the entire video. The opening scene with the woman’s bright green eyes looking directly into the camera pairs beautifully with the opening guitar riffs of the song. I could almost feel her agonized sensitivity as she used those eyes to communicate a message of understanding and assertion of her vulnerability as a human being. As this woman’s loneliness is being shown through her isolation in the whiteness (of both her painted skin and her surroundings), the other woman is continuously shrouded in darkness with only flashes of light from a streetlamp illuminating her appearance. Such obscurity is coupled with images of her tumultuous relationship with her lover, with could signify a dark time in her life that she is trying to cope with. At the end of the video, we are left with a provocative insight into who the girl in white might be; she could be, or simply is, the same girl who was fighting with her boyfriend in the alley. This is what I was able to take from the video; both images of the girl in the dark and the light are struggling to cope with what she has become after a significant period of struggle in her life. I’ve often fell into such a void, where the dark maintains the vivid memories of yesterday while the light held a mystery about my life of which I was unsure. Needless to say, in both scenarios, I felt both powerless and alone, as the girl in the video had demonstrated.

This video is devoid of special affects and flashy images, obviously much different than what would be usually shown on Fuse and MTV. Nevertheless, it is because it is so grounded that makes this piece of art so easily relatable. It does not seek to isolate the viewer from the world it is projecting from the camera; rather, it seeks to unite the viewer with a common understanding of the difficulty of the human condition by creating a visual stimulus for such emotions. The song by itself is touching, but its corresponding video is truly icing on the poetic cake.