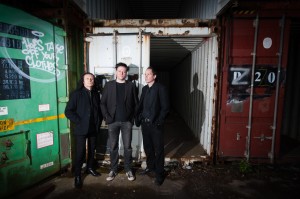 e 1980s revival has now lasted longer than the actual decade and why shouldn’t it?  A comparison of the vast number of music genres in the charts from the period compared with the present day means there is so much still to explore and re-evaluate.

In Isolation don’t shy away from this and their new single “Tears” embraces a wide range of influences from the period.  The song takes the dark, alternative guitar sound from the mid 80s (Echo and the Bunnymen, The Cure) and lifts them with a pop sheen production to create a danceable drama.

So much here is familiar yet In Isolation still produce something that is distinctive, teasing you at every turn so you can’t quite put your finger on an obvious comparison.  The song is studied and accomplished but this is not at the expense of emotion and “Tears” is a song that rewards repeated listens.

Written By
Paul Davies
More from Paul Davies
Ka-boom!  Fresh music for you.  If it’s hot and it’s been out...
Read More