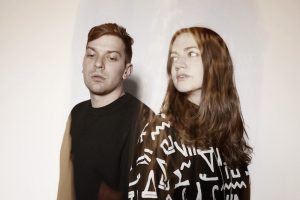 Friday sees the release of Brooklyn-based Russian Baths debut EP Penance. A week or so back they released the second single from it, “What’s your basement”, and this title creates the right picture for the whole EP with their claustrophobic sounds making it feel like you are trapped in a cellar with chaotic noise being piped through the walls.

This, by the way, is a good thing.

“What’s your basement” is a controlled mess, with sounds harking back to Daydream Nation era Sonic Youth.  It’s by no means representative of the whole EP which is wonderfully varied in tone and texture.  If you’ve already heard first single, “Slenderman” then you’ll expect some cold grunginess but the sweeter, almost shoegazey tones of Jess Rees are absent here.

The two new tracks from the EP continue with their mix of dreamy dissonance.  “Poolhouse” is a particular treat, the opening bursts and sporadic waves of noise are quite different from the delicate verse sections they surround.

A fine soundtrack for the current unsettled winter weather, if you like gnarling and angular surprises then it is definitely worth taking the plunge with this.

Penance is released on 23 February on Good Eye records.

Written By
Paul Davies
More from Paul Davies
So we had a break from FourPlay last week…did you notice?  We...
Read More