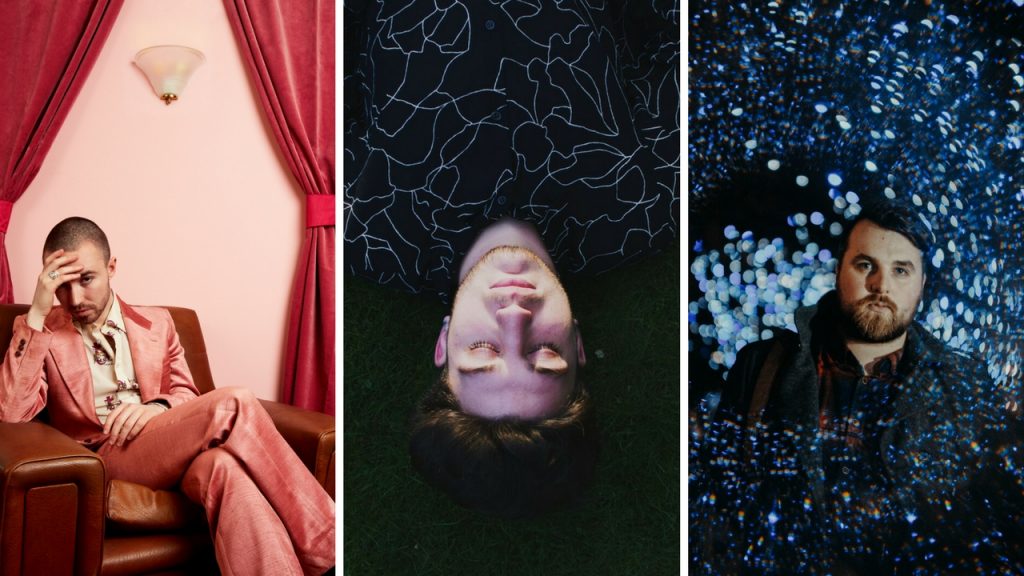 Three months gone and it’s already been a good year for new music with the potential of much more to come.  Of course, you’ve been following a lot of our picks on our For the love of…2018 Spotify Playlist haven’t you.  Haven’t you?

Here are a few more interesting gems that may have passed you by last month:

Accompanied by the best use of Vienetta in a music video, Matt’s first release of the year is a charming, sardonic ballad.  The video matches the quirkiness of the song, with Matt dancing around grimly retro, kitchen sink drama visuals.  Matt wanted to create ‘a kind of comically unsettling household scenario where seemingly loveless relationships are carrying on as normal whilst one of the family is performing a love song erratically amongst them.’  Here you go…

As for the song itself, well it would be right at home among the offbeat canon of Magnetic Fields, with Matt adopting Stephen Merritt’s bass drawl.  DIY magazine described him as ‘the thinking man’s crooner’ and in the chorus there’s a hint of Bryan Ferry and Morrissey going on.

This song was one of the last to be recorded for the forthcoming album and Matt says it’s something of an anomaly so we look forward to seeing what else is on offer.

IAKO – Queen of the Balance

If Perfume Genius was one of your artist discoveries of last year, then IAKO may well be the London-based Venetian troubadour you’ve been looking for in 2018.

Debut single, “Queen of the Balance” certainly has that flamboyance, with the rambling piano and musicality of Rufus Wainwright’s style added in for good measure.  IAKO tells us it was written after experiencing a loss and ‘about the acceptance of masculine vulnerability at its purest state.’

Initially you are struck by the fragility of his vocal and swept away by the piano backing, so much so that it is almost an unwelcome intrusion when the drums come in but it had to happen and takes the song into somewhere more traditional.

Just as he merges the cultures of London and Venice, his indie/folk persuasion is also influenced by minimal composers such as Satie and Tiersen and this creates an intriguing blend and the prospect of something quite original.

The Isle of Wight is normally known for the festival rather than actually spawning any acts itself but native singer-songwriter Swan Levitt is hoping to make an impact with his new single, “Parkhurst”.

It’s folk with a big sound, and an underlying drama reminiscent at times of Arcade Fire and Scott Matthews (who also had new material out in March).  “Parkhurst” builds relentlessly with erratic guitar effects and sharp string bursts.  It conjures up images of the waves hitting The Needles though Swan reveals it is about a different part of the island, the juxtaposition in the view from his window, an eclipse over Parkhurst prison.

Swan has been wowing live audiences with his modern take on folk and his new EP is coming soon.

Written By
Paul Davies
More from Paul Davies
If you’ve not yet had enough sunshine in August then this new...
Read More