From zero to Vero, the year is flying by in a flurry of frosty #fakenews and sub zero temper tantrums and we are just about catching our breath with spring lurking ahead.  With the chill still lingering we can take comfort in new music that can warm our soul.  And here’s a few releases from the last month which all deserve a place next to the fireside.  They are all accompanied by videos so you can see as well as hear.  And if you need more, don’t forget to check out our picks of 2018 so far on Spotify. 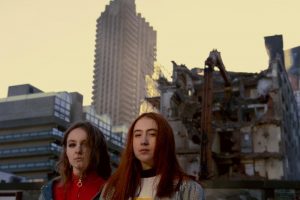 As marmite as their band name, this return from the cult British duo Let’s Eat Grandma (Rosa Walton and Jenny Hollingworth) is a love it or hate it electropop attack on the senses.  What is especially unique about “Hot Pink” is the fact that you’ll fluctuate between these emotions several times as the song progresses…

As unpredictable as a fly on a summer train but with less frustration in its buzzy fits and starts.  It eventually settles and acclimatises becoming an offbeat stomp blending gender politics and urban pop sassiness.

The duo tell us that the song is  “about the misconceptions of femininity and masculinity and the power of embracing both of them. It’s about self-expression and appreciation for an underrated colour.”

Tickets for their UK/Europe tour in March and April have just been released. 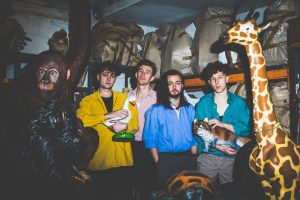 Leeds indie pop quartet Marsicans have followed up a great year in 2017 (signed to Manchester indie label LAB records, playlisted on BBC Radio One as well as Spotify streamage a-plenty) with new single “Wake up Freya” and it’s accompanied by this animated video directed by Callum Scott-Dyson.

The playful, childlike visuals fit in with the song’s theme as it was written for vocalist James Newbigging’s niece who was yet to be born at the time.  ‘It was a particularly bad news day,’ he says, ‘and I started thinking about how amazing the world is when you’re young, compared to how fucked up everything seems to be when you’re older.’

Despite the theme, the band has a mature, evolving sound and look set to continue their trajectory with BBC studio (Maida Vale session) and notable festival appearances (Liverpool Sound City, Kendal Calling) bookending a UK tour in May. 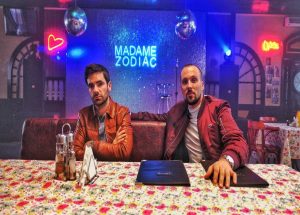 This is almost a cheat for ICYMI:February as this catchy radio-friendly pop single by the French electro duo was actually released in January,  However, the recent ‘one shot session’ video release (below) shows a completely different side to “Hide Away”, giving it an alt-lounge feel and allowing you the chance to see more intricacies in the song.

From Spiller to Clean Bandit, producers have relied on female vocalists to lift their songs into the stratosphere in the twenty-first century and this clip shows the versatility in the vocals of Holly Martin.

Crisp and as polished as the chequered floor beneath them, it’s a great watch and will make you want to blow away those winter cobwebs and funk out!

Written By
Paul Davies
More from Paul Davies
If you aren’t aware of Halfnoise then now is the perfect time...
Read More