‘April is the cruellest month…’

So begins T.S Eliot’s masterpiece The Waste Land and while his modernist musings on disillusionment and despair still resonate today, he clearly didn’t have an inbox overflowing with fresh musical goodness to cheer him up.

Here are some artists you may have missed:

East London garage rock purveyors Bad Nerves return this year with “Can’t be Mine”.  It’s a bust of retro energy with singer Bobby Bird coming across as a hybrid of Mael, Bolan and Casablancas.  The music is sharp and punchy and doesn’t get the chance to catch its breath.  The balloon cam living room visuals in the video only add to the image of haphazard chaos.  Despite this there is still a formula at its heart, the song as hook-laden and catchy as their previous efforts.  Where last single “Radio Punk” was a bit more commercial with Supergrass harmonies, this feels more authentic and the band’s identity is becoming more interesting with each song.  Their debut album is coming in the summer.

10 o’clock Chemical come from Stoke on Trent, which isn’t generally known for producing eye-catching electro-rock .  “We are Digital”, builds nicely, with a dark air and recalls the throbbing synth sneer of artists like The Faint.  The chorus is quite a contrast though, developing into a glossy sheen of fresh funky disco which is no surprise with former Jamiroquai member Matt Johnson on production duties.  The song is about the simulated world of social media. ‘Everything is filtered and more of us than ever before are guilty of neglecting relationships and human experience for touch screen talking and computerized entertainment,’ the band said. ‘The virtual harbours aimed at making us happier are making us more alone.’  Their debut EP is coming in June. 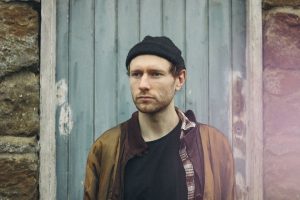 A change of pace from the above comes from Welsh producer, songwriter, and multi-instrumentalist Ali Lacey (Novo Amor).  With two EPs behind him, sold out shows and impressive stream numbers, there’s a welcome hint of a future album to come along with some tour dates in the autumn.  New song “State Lines” continues to enhance his reputation as a cinematic folk artist.  It starts delicately with his falsetto drawing inevitable comparisons to Bon Iver but the initial sparseness in the song progresses to more dramatic soundscapes, adding drums and brass which are more Beirut or Sufjan Stevens in feel.

Written By
Paul Davies
More from Paul Davies
When you first hear “In the Sun”, the lead single and...
Read More