Singer/songwriter Deanna Devore has released the  official music video for “I Tried,” her latest single off her second EP, X Number Of Days. The Chicago-based artist has an indie/alt sound that spans an impressive number of music genres. But whether drawing from Brazilian jazz, electronic, soul, alternative, or pop influences, Deanna creates music that reflects her depth, sophistication and talent as a songwriter and vocalist. 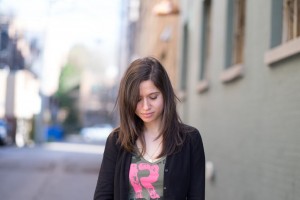 Deanna recorded and co-produced her self-titled debut EP with Bjorn Thorsrud (Smashing Pumpkins, Dandy Warhols) and she played nearly every instrument on it, with some additional backup drumming provided by Matt Walker (Morrissey, Garbage). She also wrote, performed, and produced every track on her second EP, X Number Of Days, including her latest single, “I Tried.” The track showcases an electronic edge and its dark, sultry, down-tempo groove has caught the attention of fans and industry insiders alike. One big fan is Chance the Rapper — he liked the song so much that he posted it on his SoundClound page and promoted it to his fans.

Deanna divides her time between Chicago and Toronto and is currently in the studio working on her third album, which is scheduled for release in the spring. She plans to tour once the new album drops.