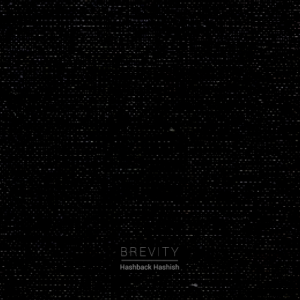 “Brevity” (the song) kicks off the album, utilizing an odd Arabian-esque beat that trances into sounds and textures that are not your conventional electro-sounds. Instead, the sonics wobble and flutter to a trance-like beat that delivers unbridled intensity at times, breaking into different layers of intensity as the song progresses.

The second track “Duet” incorporates a lot of reverse sounds into the mix. The fade out of drums mid-song, reverting back into the music only to re-emerge, gives a cooling-off feel while the rest of the song builds into “Granatappel.”

What can be noted here is the minimalist approach taken to each song, but with a very luscious and dominant effect! “Heritage” gives a prime example of how something that is so simple and quiet can be taken and then sonically snowball into a wall of audio sharp razors.

This sounds like a lovechild between Leæther Strip and Foetus freshly bathed in acid by Trent Reznor and set loose to terrorize and tracks like “Impressions” and the abrasive, heavy hitting “Babe” will leave little doubt that Hashback Hashish will not only leave a mark on your psyche with this release, but a scar!  This is dark electronic that could serve as the soundtrack for a trip through the matrix.

On a scale of one to ten, this one is off the charts!

Brevity is released on 22 April