A festival celebrating the connection between Berlin and Los Angeles is slated to take place with a string of events happening over a period of two days — February 5th and 6th — mostly in Los Angeles, CA.

Appropriately named From Berlin to LA, the event aims to explore the creative connection that exists between the two cities through live musical performances, DJ sets, educational and tech workshops. Initiated by Your Mom’s Agency, an event and booking platform based in Berlin, From Berlin to LA has partnered with the Goethe-Institut LA, Raumfeld, and Bold LA to bring a diverse roster of talents and a plethora of free information to the city of angels; specifically, electronic musicians who spend their time between the two cities will perform and teach workshops, allowing attendees a glimpse at their creative processes. 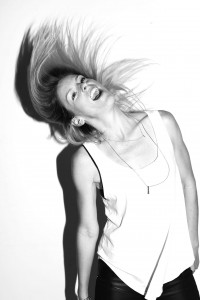 Friday, February 5 begins in the afternoon with a series of workshops at the Goethe-Institut. Artists Carlos Oblivion, Lucky Paul and Anna Cavazos will demonstrate digital production, synthesizer customization, and digital vocal production techniques to their audience with short panels and Q&A to follow. A pre-show with Carlos Oblivion & Black Replica, a mini concert from 19th Moon and a projection plus electronic impro by Lucky Paul and Friends will take place after the workshops in the Goethe-Institut auditorium. The after show, including DJ Sets by Anna Cavazos, Katie Otro, Mor Elian and Robot Koch (live PA), will wrap up the night at The Standard, Hollywood.

Make sure to RSVP for each event individually to get in for FREE:
http://yourmomsagency.com/fromberlintola-program-rsvp

#FromBerlintoLA was featured in our last issue!
Click to read mini interviews of each artist:
http://issuu.com/fourculture/docs/fourculture_issue_22/18

Written By
Nadia Says
More from Nadia Says
Back in 2018, we had a chat with White Ring on the...
Read More