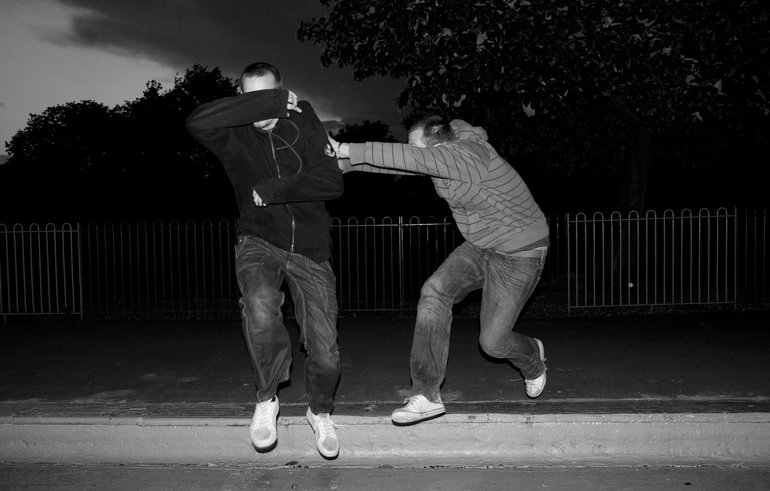 Not as mysterious and elusive as Boards of Canada, not as cultishly followed as Autechre and not as feted as Aphex Twin, Yimino are a duo of electronic producers who have been quietly creating some of the most immersive and lush electronics for 20 years. To help exorcise my growing obsession with Yimino I have collected some of my favourite tracks to get you up and listening to this most unique and underrated electronic duo. I have also compiled a mix of a few of their tracks, seamlessly stitched together to give you over 90 minutes of their mighty tunes.

Championed by cerebral electronic imps Plaid, Yimino emerged, blinking into the forest clearing of ambient and glitch electronica around 2001 and released Egg Noodles a couple of years later, an album of deep and swept synths and cut and paste samples. Beats were a premium and have been a signature of their work ever since, but it is the melodies and crystalline production that made them stand out from the crowd. They managed to combine haunting electronics with elements of the avant-garde and impish sonic trickery. 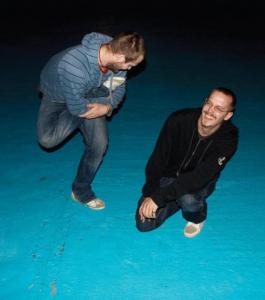 Gerald Chadwyck-Healey and Henry Law cite several hip hop influences that have informed their sound and production style and elements definitely come through, especially on the many tracks with vocal samples. Often recording the voices of friends and colleagues they warp, twist and glitch the voices to create patterns and rhythms that add texture and density to the tracks. The voices chatter with spiraling eeriness, lending their music a tangible and textured feel, fuzzing-up and warming-out the cold hard rhythms and alien-esque electronic squawks and hoots.

Having their origins in rock and grunge cover bands, hip hop isn’t the only influence. The duo have taken elements from the verdant orchards of AC/DC, Smashing Pumpkins, De la Soul and A Guy Called Gerald to name a few, distilled the disparate strands and created a unique sound in the increasingly claustrophobic realm of electronica. Speaking to Clash Magazine in 2008, they state, “We’ve learned a huge amount about making music from listening to these guys but more about how to conduct yourself as a musician both in and out of the studio.”

Every track is infused with some otherworldly sheen; haunted synths pulse in the background, spectral and demonic voices glitch and chatter, words are half-formed and the hint of recognition lurks under the surface. This sense of unreality runs throughout most of Yimino’s music, drawing the listener in with promises of lush melodies and swirls of disquiet. 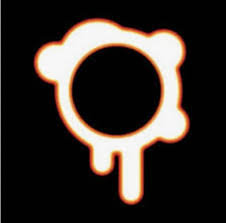 The fact that Henry Law is classically trained is apparent in the arrangements; passages of loud and quiet are abundant ensuring the patterns of sound shift and ebb as if tidal; bass rumbles in mute recognition of skittering synth lines as the poles then switch, deadening the harsh air enveloping each moment. This brings you back for more, the enticement to explore further is strong, the curiosity to delve deeper and uncover more.

Their albums have veered from the weird and experimental Autonoe Vora to the unashamedly lush and succulent Breaker.

So often their tunes are ghost trains, rides into dark tunnels, whirling past clawing fingers and leering faces. They summon twisted shapes with sound.

Here are seventeen tracks (in no particular order) that form a good introduction to their music and ethos. Please note, these are my personal selections and are not definitive.

I love it when Yimino use lead vocals, I mean actual vocals, not just cut-up and sampled voices and it works beautifully on “Firen (Reading Edit).”  Lush and hypnotic, “Firen” bubbles along, the electronics are staccato and jagged contrasting nicely with Baccara Smart’s sweet and sultry-smooth vocals. An earlier version was released on 2003’s excellent The Evolution Of Bulbuss and The Polymorphic Nightmare and reworked for the Selected Works release several years later. Utterly beautiful and beguiling.

Dark, dense, and moody, “Scarpa” flows with a velvety sheen. The synths are mellower throughout, gently undulating over tripping beats and rounded percussive pulses.

Metallic and skeletal, “Batfood” is an oddity, a mercurial and melodic oddity. Resembling static arcs of spongy electrical sparks during the first half, “Batfood” morphs into a mellow IDM-clad meditation piece, smoothing out the scratchy and scampering arpeggios and lilting into an almost breezy, silky synth. Beats are at a premium again; sharp and punchy they are pretty much on a par with the lead instruments.

This is Yimino in Boards of Canada territory. Enveloping and ethereal, “Oya” is a downtempo, muted track with sci-fi overtones. One of their first releases, “Oya” coils with a slow-burn menace, perhaps soundtracking a long-forgotten anime or video game. The beats are skittish, rattling with a nervous energy acting as a nice counterpoint to the haunted synths and chopped vocal samples.

The demonic jibber-jabber of “Apone Fenex” floating in an otherworldly fog of glitching ambience is unsettling and trippy. The sounds – and ticks and twitches – entice you, lulling you into Yimino‘s velvety night of spectral utterances. Images flicker like storm-strobing shadows of gnarled trees, briefly illuminated by each ice-white shock of lightening. This, like many of their tracks, is veiled in a smog of mystery; just the merest hint of vocal snatches from the dark alleyway as you pass, running between street lamps.

When Æng dropped in February 2018 to little fanfare, it was an unmitigated joy, and thankfully it didn’t disappoint. “Normanda” is textbook Yimino with its gorgeous, warm synths and Amanda Zamolo’s silken, breathy vocals. There’s an almost funereal atmosphere throughout while still being all warm and floaty. The beats are simpler which keeps the track from lifting too far from the surface.

Pretty much perfect. There isn’t a miss-step with “Imp”. The first time I heard it, I had to replay it, I couldn’t quite believe what I had heard. Hypnotic beats, hazy synths, and perfect vocals, it’s all there. A contender for Yimino‘s finest moment.

So short (2 minutes 27 seconds) but oh so beautiful. This sets off all those lovely endorphin sparks. It’s deep and languorous, those trippy beats contrasting nicely with the dense and swirling synths.

Shades of Jan Hammer or early nineties Tangerine Dream here. Perhaps Yimino‘s most conventional track and it sounds fresh and invigorating for it. Lovely, mellow electric piano and a bass groove push this track along with the occasional voice and dreamy choral samples.

Featuring someone called Johnny, presumably another friend commandeered for vocal duties, “Q Bit” has an understated groove to it. The beat is standard 4/4 and the melodies are silken. The voices and samples are perfectly blended with the music to conjure a funky, immersive listen.

Pure meditative chill. This track is lush transcendence, it flows with a liquidity that is both soothing and mindful. Melodies never sounded bigger or more horizon-hugging. Conventional in sound and structure but so deep and so lush, you get lost in the crashing tides of melody. Stands-up to repeated listens, especially in quick succession!

Urchin from The Tide Reveals Your Bones (2013)

Like a warm blanket on a cold night, “Urchin” envelopes you as you lose all sense of time and space and plunge through the gauzy layers of melody to find secrets hidden at its core. There’s something organic about the recording, like they grew the track rather than wrote it.

First track I heard by Yimino, my introduction to their spectral and haunting sound. Reverbed ambience with spatial glitches and ghostly synths over a warm and thrumming bass line. It is captivating and hypnotic, dappled with layers of captured voices.

Many of Yimino‘s samples are the recorded voices and conversations of their friends, family, and people they encounter and “Squeeze Me” is no different.  It’s a track of two halves; part one establishes the slight industrial-tinged beat and mellow synth, while snatches of voices, movie samples, and sound effects punctuate the layered and swept melodies. Part two features Pigeon lamenting the cost of his trainers and the fact his voice hasn’t broken yet. It’s a natural and candid recording, chopped, skewed, and edited to fit the glitch beat, adding texture to what is a cleanly produced track.

Opens with stark synths, morphing into dissonant music-box chimes, underpinned by thumping beats, “Dear Ebnon” is an odd track of elastic keyboards and cloud-like washes. Included on their collection of unreleased and live-only tracks, Early Tracks captures both Yimino‘s experimental and conventional sides to create a track of so many phases it can become quite disorientating. I just keep coming back for more.

Catch up with Yimino online: