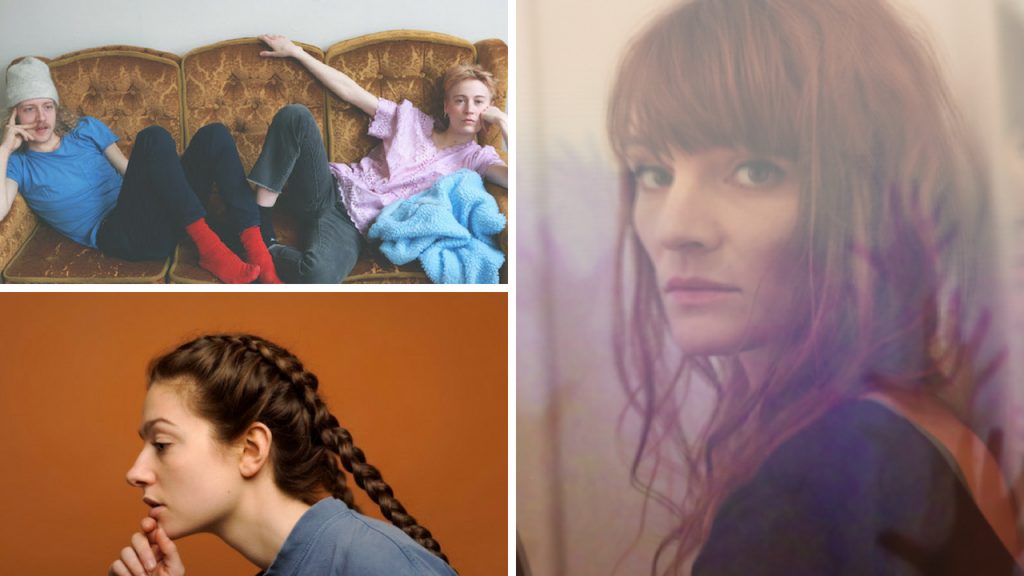 It’s Eurovision night on Saturday which gives people the chance to party and sit through 26 songs full of camp, kitsch and cheese.  Whatever your tolerance or irony levels are towards the occasion, it’s fair to say that the mix of credible and novelty songs often aren’t representative of the countries involved or their respective music scenes.  Europe, as ever, has a lot to offer in modern pop.  Quite some time ago, we introduced artists like Christine and the Queens in a Europe, Endless piece.  As we approach a night of casual throwaway escapism, here are some more serious contenders to linger longer in our attention:

Gothenburg duo Wildhart return with “New Beginning” and its gloriously subtle electronica sound is so seductive it feels wrong to get to the end of the song fully clothed.

Ylva Holmdahl’s vocals display a blissful wooziness, like spoken 4am harmonies, recalling Austra or a more refined Tegan and Sara.  It maintains this mood for most of the song, a beautiful use of space before the euphoric end section, the drums mark the releasing of shackles at the ‘new beginning’, with synthesised vocal pulsing rhythms to drive the drama home.

The song is full of contrasting bittersweet emotion, it ‘is about the moment when you’re about to let go of something that’s been dragging you down for a long time’ the band explain.  You get the sense it is a moment for Wildhart to change too as the forthcoming EP, Caught in a Fisheye promises to be more stripped back and focused than their 2016 debut release Shine.

French multi-instrumentalist Halo Maud has teased another new single in advance of debut album, Je Suis Une île, which is out on 25th May on Heavenly Recordings.

“Wherever” continues to establish her psychedelic and experimental pop brand with songs that mix French and English language.   Previous single “Tu Sais Comme Je Suis” had some of Debut-era Bjork’s playful innocence with a smooth synth backdrop and while “Wherever” maintains the ethereal mood, its rhythms and tones recall more modern work from Bat for Lashes.

The dreampop and psychedelia elements add something quite distinctive and unexpected to her sound.   “I never did what other teenagers were doing,” she says. “My father is a reverend but my mother rejected all religion, so I was always busy having a mystical crisis.” Her album promises to be rich in such contradictions and if it is half as irresistible as these songs then I am going to be AWOL for a while.

You don’t get a second chance to make a first impression and this debut single from half Greek/Norwegian singer Amanda Tenfjord will hook you in if you like your pop bold and sassy.

The song warns of first impressions often being misleading, as Amanda describes ‘like when you meet someone who seems charming and fascinating and interesting, but then there’s just nothing beneath the surface.‘

The 21 year old is gaining attention since moving to Trondheim, a hub for Norway’s emerging music scene.  The single has offbeat elements but a big powerhouse pop chorus at the heart of it and you hear elements of Lorde as well as some of the ghosts of Scandinavian Pop past.

Her EP is expected in October and one to keep an eye on.

Written By
Paul Davies
More from Paul Davies
You may have heard Sterling Fox’s work before without realising it.  As...
Read More