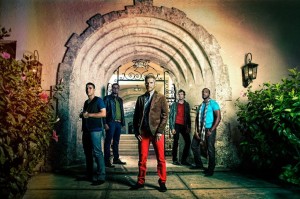 Orlando based band, Empire Theory, does more than just create good music.  They make you think.  They challenge you to be better and make a change in the world.  These up-and-comers are doing it right and it shows as they were recently picked as part of this year’s Florida Grammy Showcase.  This is music that makes a difference.  Check out their newest video for the song “Colors” and become a part of the change.